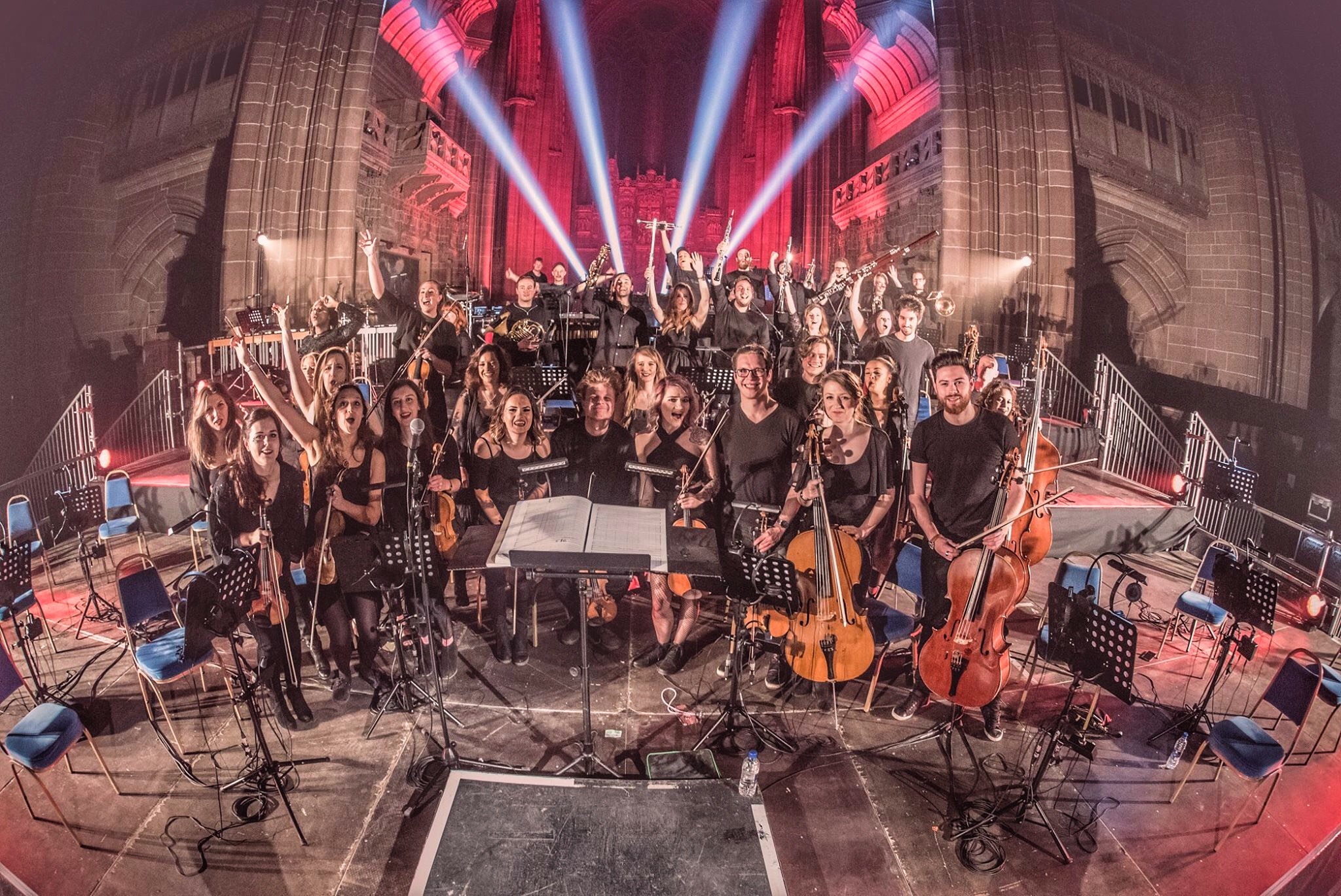 Kaleidoscope Orchestra have released their very special classical rendition of CAMELPHAT and ARTBAT’s latest smash ‘For A Feeling’ featuring vocals by rising singer-songwriter RHODES. Check it out here.

The track is accompanied by a video filmed during lockdown showing each member of the orchestra performing in their living rooms, topped with an emotive vocal by RHODES. The musical collective’s mission is to bridge the gap between musical genres and are known to play electronic music in new and innovative ways. After a viral hit with their Skrillex Orchestral Suite, Kaleidoscope have quickly gained a mass following, reinterpreting music by the likes Avicii, Major Lazer, Pendulum, The Prodigy and Netsky. Outside of the studio the collective have also performed at the likes of Creamfields, Manchester O2 Ritz and Liverpool Cathedral.

The original production shows off the talents of both CAMELPHAT and ARTBAT and is proving to be one of 2020’s most addictive anthems. The track has already garnered over 1.5 million streams and has been supported by key Radio 1 tastemakers including Annie Mac, Mistajam, Pete Tong and Danny Howard as well as spins on Beats1, 1Xtra and Kiss FM. This week also sees the release of the Giordani remix of the single which is out this Friday 12th June.

Grammy-nominated, triple-platinum selling Liverpool duo CAMELPHAT have firmly established themselves as one of the most in-demand acts around. The duo were named in Mixmag’s Top 10 DJs of 2019 and have consistently gained support from industry heavyweights such as Annie Mac, Zane Lowe and Pete Tong. Making their mark in 2017 with their Grammy-nominated hit Cola which was certified Platinum in the UK, CAMELPHAT have continued to release a flurry of club-ready hits and garner worldwide acclaim with tracks such as ‘Breathe’, ‘Rabbit Hole’, ‘Panic Room’ featuring Au/Ra and ‘Be Someone’ alongside Jake Bugg.

The pair are a firm fixture on the festival circuit playing some of the world’s biggest events such as Glastonbury, Coachella, Reading & Leeds, Creamfields, Warehouse Project, and Parklife. Not stopping there, CAMELPHAT sold out their recent headline UK tour across 5 venues selling almost 25,000 tickets which included the iconic Brixton Academy which sold out 6 months in advance and Bramley Moore Dock, Liverpool which was the quickest event to sell out in the history of the venue. This summer the pair will be headlining their own residency every Wednesday at Ushuaia, Ibiza alongside Solardo (subject to the current situation).

Meanwhile, Ukrainian music project ARTBAT have risen from Kiev’s underground to become one of the most successful Ukranian electronic acts in the world. The pair have conquered global dance floors and topped music charts worldwide with tracks such as Closer, Upperground and more recently their Return To Oz remix for Monolink.

The pair are currently Beatport’s #1 best selling artist, won ‘Breakthrough Artist of the Year’ at the Ibiza DJ Awards and were recently included in Mixmag’s ‘Breakthrough DJs of the Year’ roundup. As well as being studio wizards, the duo performed an incredible set for Cercle atop the Sugar Loaf Mountain in Rio De Janeiro, served their first ever Essential Mix for Pete Tong and have played key clubs and festivals worldwide including Fusion Festival, Warung Beach Club, EDC in US and Asia, Tomorrowland, Hï and DC10 in Ibiza as well as many others. In a very short space of time, ARTBAT have moved from being an underground secret to be the secret ingredient underground techno has been waiting for.

Kaleidoscope Orchestra’s dynamic orchestral version of ‘For A Feeling’ is out now!