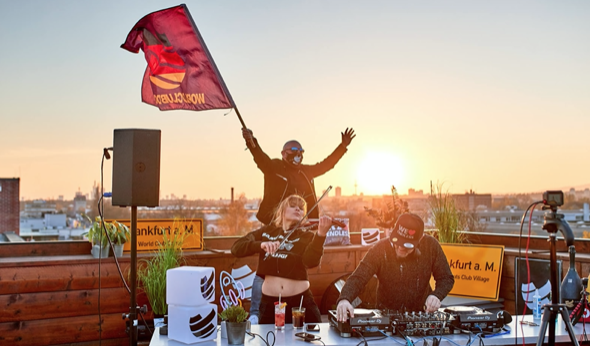 Germany’s event industry last night froze in shock after Chancellor Angela Merkel announced a ban on all events until the end of August 2020. Big City Beats flagship World Club Dome in Frankfurt (June 3-6, 2020) was directly affected by the stunning but understandable news. As always, visionary BCB CEO Bernd Breiter looks beyond and presents:
The world’s first Corona Crisis stadium event.
Where there are usually 50,000 football fans cheering on their favourite club, or 50,000 WorldClubbers laughing and dancing to the sounds of the world’s greatest DJ’s. This Saturday (April 18 2020), there will be goosebumps in front of 50,000 empty seats. The world’s first stadium event hosted during the Coronavirus crisis. The DJ’s set to headline at the dawn of a new era in music entertainment are: Hugely successful German duo: Gestört aber GeiL + Special Guest SDP,
& BigCityBeats Superstar & Resident DJ: Le Shuuk. 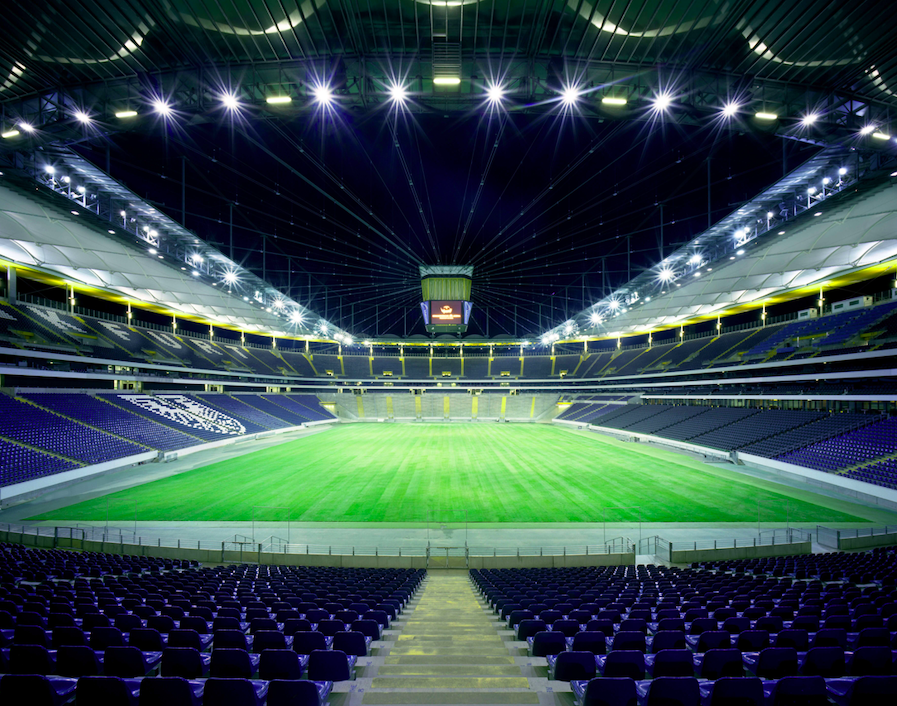 BigCityBeats supports Eintracht Frankfurt’s “On Now” campaign
BigCityBeats has thrown its full weight behind the Eintracht Frankfurt campaign “On Now”, and in doing so hopes to inspire many more donations to five German institutions playing an integral role in the fight against the Coronavirus. These five institutions are still in urgent need of your continuing support. BCB visionary CEO Bernd Breiter said: “We heard about Eintracht’s campaign “ Now ” and as a respected Frankfurt institution, and also as Eintracht fans, wished to lend our support. Through our channels we can help broadcast the positive message of Eintracht out into the world, ensuring that even more people hear Eintracht’s call and offer their support to those affected by the Corona crisis.”
At the beginning of the week The Hessian Football Association revived its “On Now – In Harmony” campaign. With the aim of helping people directly affected by the Corona crisis. As part of the campaign Eintracht is proud to support: The DRK (German Red Cross), The Diakonie Hessen, L’Arche, The Tafel and the University Hospital Frankfurt. Each of these charitable organisations is struggling to cope with the effects of the COVID-19 pandemic.
BIGCITYBEATS LIFE: Live Sessions
From the Commerzbank-Arena broadcasting to the entire world – via livestream: Our message, “Let us all stick together and we will soon celebrate here, together again. This Saturday (April 18 2020) rather than kicking off with a referee’s whistle, banging beats will instead echo around the stadium! At 4pm Gestört aber GeiL along with special guest SDP (plus Capital Bra producer set) will be in complete control of the magnificent and luscious greens of the stadium. Following on at 5pm, BCB superstar and resident DJ Le Shuuk will be mixing the decks. The entire stream will be transmitted live, via 4k drone cameras, on all Big City Beats social media channels. National newspaper ‘The Bild’ has also offered its support by promising to live stream the event. And at 6:00 p.m we head over to the rooftop of BigCityBeats HQ, for another 7.5 hours of club music from Frankfurt and beyond. Amongst the stellar line-up is DJ Soda live from Korea, Ummet Ozcan live and direct from the Netherlands, Vini Vici from Tel Aviv and David Guetta broadcasting live from Miami.
This week BCB received recognition for BigCityBeats Life Roof Sessions in the form of internationally renowned business magazine Forbes:
https://www.forbes.com/sites/oisinlunny/2020/04/11/the-lockdown-live-streaming-revolution-from-th e-djing-priest-to-radiohead/#3f3881d8556a
THE BCB LIFE PROGRAMME Saturday, April 18, 2020:
Line-up for the world’s first stadium event during the Corona-crisis:
16:00 – 17:00 Uhr: Gestört aber GeiL with Special Guest SDP (Live Videostream vom Stadium)
17:00 – 18:00 Uhr: Le Shuuk (Live Videostream from Stadium)
Life Roof Sessions line up, on the roof terrace of BigCityBeats HQ:
18:00 – 20:00 Uhr: Sunset Sessions (Live Videostream from BCB Rooftop)
Live from all over the World:
20:00 – 21:00 Uhr: DJ Soda (Live Videostream from Seoul)
21:00 – 22:00 Uhr: Ummet Ozcan (Live Videostream from Amsterdam)
22:00 – 23:00 Uhr: NERVO (BigCityBeats Radio Set)
23:00 – 24:00 Uhr: Vini Vici (Live Videostream from Tel Aviv, Gagarin Club)
00:00 – 01:30 Uhr: David Guetta (Fundraising Live from Miami)
Live-Cooking by Starkoch Ralf Frenzel + Live-Cocktails by Bar Philosophy*
Catch every moment of the BCB Life live-stream on all BCB and WCD, YouTube, Facebook, Instagram and Twitch channels!
FacebookTweet