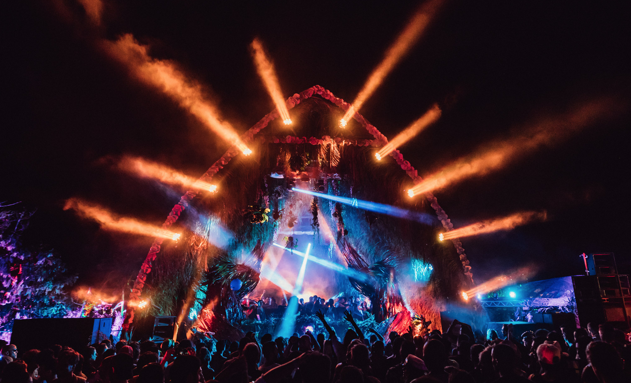 SXM Festival has revealed who will headline from March 11-15 2020 on the Caribbean Island of Saint Martin/Sint Maarten.

In line with SXM Festival’s wide reaching curation, the deeper side of the Burning Man influenced house and techno scene will find its place once again on the beaches of Saint Martin/Sint Maarten. Bedouin will bring their mystic sonics to the event following a massive season for their Saga party in Ibiza. Blond:ish will return to the event following a Happy Bay triumph in 2019. Phase one also includes Israeli export and SXM favorite Chaim alongside YokoO, Luca Bachetti, Holmar, Sabo, Jan Blomqvist, Parallells, Sainte Vie and more.

The heights of the European underground will be on full display at SXM Festival, represented by the likes of the inimitable Ricardo Villalobos, Music On! boss Marco Carola, Panorama Bar resident Cassy and the eclectic sounds of Sonja Moonear. New SXM favorite Enzo Siragusa will make his return to the festival while fashion-forward tech house master Loco Dice is welcomed for his first session on the island.
The international showcase continues with the likes of Crosstown Rebels mainstay Serge Devant, Lebanon’s Rony Seikaly, UK shapeshifter wAFF, and ambitious Berliner, Britta Arnold.

The means by which these performances are spread across five days of peaks and valleys remains the true magic of the SXM Festival experience. Each set is thought of as part of an emotional odyssey taking travelers on a rhythmic journey through the natural beauty of Saint Martin/Sint Maarten. Attendees may find themselves dancing on the idyllic shores of Happy Bay at sunset, partying at a premiere nightclub until dawn, then being swept away for a Boat Party at or a popup sunrise soirée looking over the Caribbean. The ebb and flow of the event is what retains its uniqueness, with each bespoke performance just a quick trip away from luxury villas and world-class hotels in which to rest for the day ahead. Each aspect of the programming aims to build towards its infamous emotional crescendos like the exclusive clifftop Villa Party and peak time at Happy Bay.

Since the devastating impact on the island by a series of 2017 hurricanes, SXM Festival has furthered its connection with the island and its dedication to the needs of the local community. In 2018, the festival created the Two Bunch Palms and Les Amis du SXM Festival Foundations with the immediate mission to raise funds to help those affected by Hurricane IRMA and as a future vessel to give back to causes important to the development and health of the island. The 2019 festival saw fans and artists join forces with both local governments to rebuild recreation areas, cleanup the island’s renowned beaches, and raise money for the year-round betterment of Saint Martin/Sint Maarten.