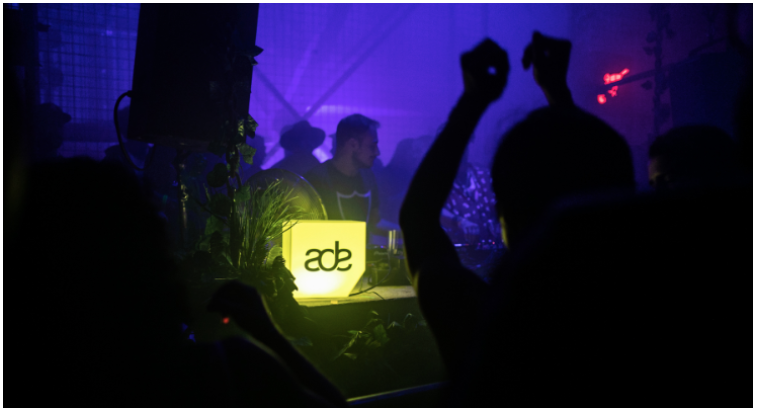 The biggest meet-up in the dance industry is just around the corner.

It’s a place to dance, do business and party in one of Europe’s best looking cities.

With so many parties to choose from, we round up the best of the best.

On ADE’s Thursday the mighty PIV records claim their throne and will prove why they’ve been on everyone’s lips lately. After a mind-blowing year with shows all over the place and topping the Beatport charts with their infectious sound, tastemaker Prunk brings in his elite squad for demolition duties.

Dockyard Festival is known for showcasing the world’s best house and techno acts since 2014. It is an integral part of the annual ADE and a real meeting place for young talent, prominent artists and established labels. Each event is a theatre for the creative arts with next level music, visuals and light shows. Much of the crowd is made up of people who have been at Dockyard since day one when it was just a 4.500 person event, but today it will welcome 20.000 people at it’s ADE event as well as superstars from the scene.

With ADE 2019 just round the corner, the time has come for leading underground promoters VBX to announce their always much anticipated plans: this year collaborating with brands like Sunrise, Awakenings, FRRC and Meoko they host five standout parties – including two of their iconic afters – at venues like Warehouse Elementenstraat, Bret, Veronicaschip and Lofi with world class names such as Craig Richards, Ricardo Villalobos b2b Raresh, Ferro, Nicolas Lutz, DJ Masda, Voigtmann, Reiss amongst others.

Undoubtedly one of the globe’s most popular DJs, this ADE Carl Cox will be bringing his Awesome Soundwaves label to Elementenstraat for a very special one-off show alongside some of his favourite established and emerging artists. Expect killer live shows from the likes of Christopher Coe, Hannes Bieger, Julien Chaptal, Mat Playford, Reinier Zonneveld and Quazar, while on a DJ set tip, the likes of Acid Mondays, Alex Kennon, Chelina Manuhutu and of course, Carl himself are sure to excite.

Following another summer of high-profile gigs, Maceo Plex is set to bring his Lone Romantic show to Elementenstraat this October with an expectedly impressive line-up in tow. Expect killer electro from the likes of I-F, The Hacker and Anthony Rother, Detroit business from the minimal mastermind Robert Hood, eclectic goodness from Young Marco, Ben UFO and Joy Orbison, house cuts from Irish party starters Brame & Hamo and special appearances by Maceo Plex under his Mariel Ito guide. This one should be special!

One of the most intimate and capturing experiences of ADE, Sound-Fleet allows you to cruise below the Amsterdam skyline immersed in a variety of electronic sounds. The 2019 programme features showcases from Rejected, The Bliss Office, Shadows by Magdalena, Olivier Weiter & Friends, Muse by Lehar & Musumeci and more.