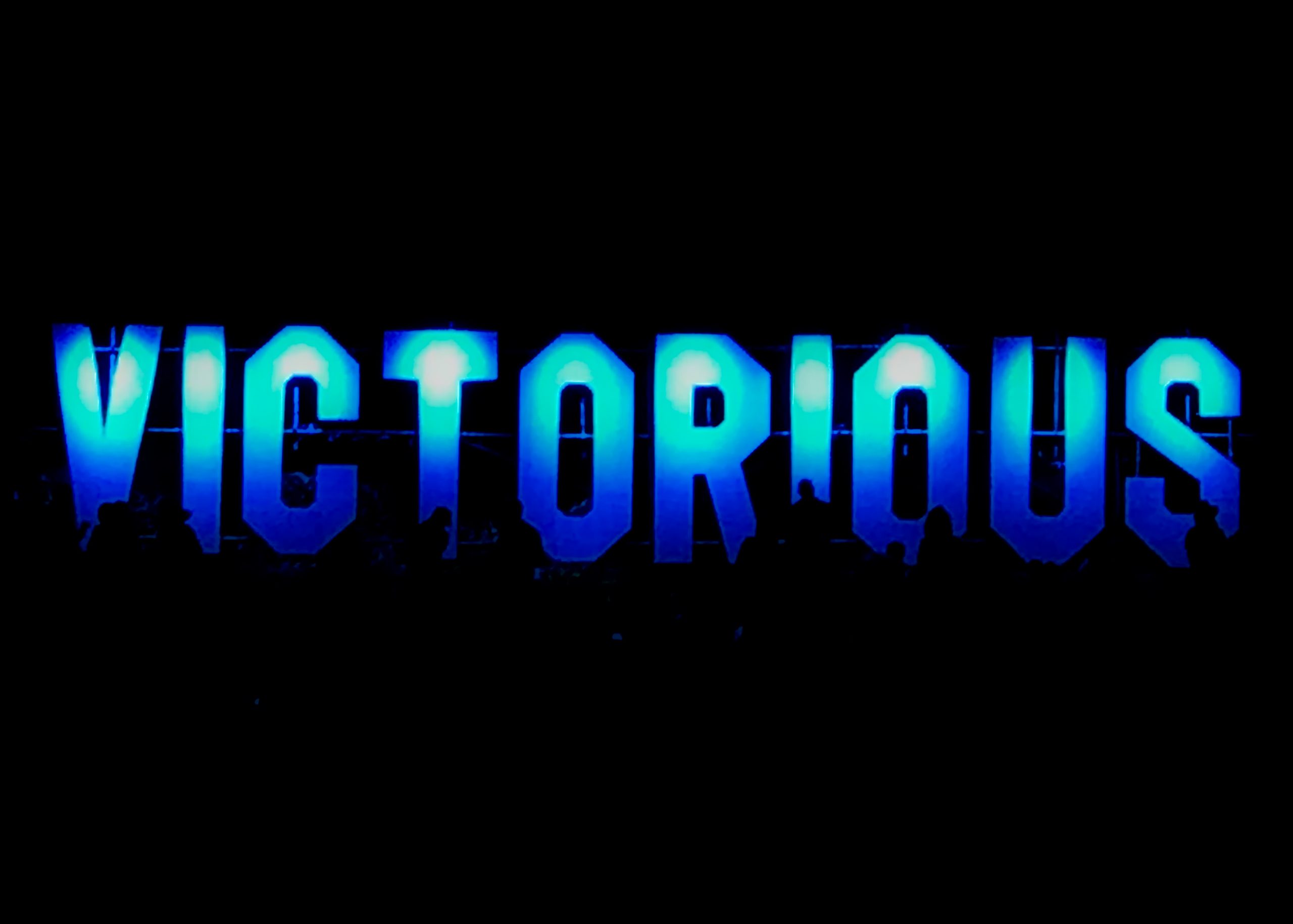 You can always tell how good a festival is based on how many clashes and must-see bands there are on the line up. With Clean Bandit, New Order, the Wonder Stuff and Basement Jaxx all playing at the same time on the Sunday night, it meant Victorious was an absolute stunner this year.

Much of the line-up could have headlined Glastonbury in the late 90s. Dodgy opened the festival on Friday afternoon with hits ‘Good Enough’ and ‘Staying Out For The Summer’. It truly felt like summer had returned with the sun beaming down throughout the weekend.

The Zutons also warmed up the crowd, playing their energetic original version of ‘Valerie‘, which Amy Winehouse covered and made her own.  The Specials were brilliant from start to finish.  Playing all the old 2Tone classics plus a selection from the recent Encore album. Discussing Brexit, austerity, racism and poverty. Terry Hall stayed grounded despite the party going on around him, finishing with ‘Too Much Too Young‘, ironically recorded over 40 years earlier.

Festival favourites The Dub Pistols played the smaller Beats and Swing stage shortly afterwards, and based on the size of their merry crowd, surely they should have been booked for the main stage. Party starter Barry Ashworth blew away the crowd like the seasoned pro he is. Often described rightly so as the hardest working and performing singer on the festival circuit, he pogo’d around the stage with more energy than any other younger pretender. Among the hits was Mucky Weekend with its appropriate chorus: “Oh, no here we go again, I’m off my face another mucky weekend. One day I’m gonna have some kids and a wife, but until then, I just wanna live my life”

Two Door Cinema Club clashed on the main stage and while the Irish band may have had a bigger platform to perform and more visual effects, it felt like The Specials should have been headlining the Friday night based on the crowd reaction.

Fireworks finished the night in spectacular fashion along Portsmouth seafront but the major drawback of all these bands was the car park – trying to get out of the car park each night was a true challenge. The stewards didn’t seem to know what day it was, yet alone where exit was as they seemed pretty full of festival spirits themselves.

Saturday began on a high particularly early, with All Saints taking to stage at 1.15pm. Crowds arrived early to ensure they didn’t miss the foursome begin with ‘I Know Where It’s At’. The set was hit-after-hit and they seemed timeless, having aged far less than most. Maybe there’s a secret potion, or not so secret personal trainers, make up, lotions and potions.

Elsewhere on Saturday, Republica played crowd pleasing ‘Ready to Go’ and ‘Drop Dead Gorgeous’, while Badly Drawn Boy questioned whether he was at the right festival with his Mercury Music Prize winning folk after following the girl bands.

Fun Lovin’ Criminals received the award for biggest crowd singalong not only for Reservoir Dogs influenced Scooby Snacks, but also for playing Sinatra’s ‘New York, New York’ – even the security team couldn’t resist joining in swinging to the crooner’s tune.

With mods Ocean Colour Scene playing at the same time as Lewis Capaldi, the clashes really began. The crowd for Lewis was unbelievable with no way to enter or exit from Southsea Castle within 30 minutes of him taking to the stage. St John’s Ambulance and emergency services deserve full credit for helping the adoring fans, and Lewis didn’t let down all those in attendance. Clearly he was moved too, filming the vast crowd himself for his Instagram channel.

Later, James Bay clashed with The Hives. Two extremely different performers – James’ hit ‘Hold Back The River’ competed for the crowd against the vastly different ‘Tick Tick Boom’ from the Swedish rockers.

Bringing Saturday to a close on the main stage were Rudimental with their vast stage presence, or on the Castle Stage, Bloc Party who played their masterpiece debut Silent Alarm in full, but in reverse, so the hits ‘Helicopter‘ and ‘Banquet‘ were anticipated by the huge crowd. Finishing with ‘Flux’ and ‘Ratchet’, they truly deserved their headline slot.

Sunday began with a more relaxed reggae vibe. Ziggy Marley, the son of reggae icon Bob Marley. While playing a mix of his own songs, the biggest cheers went out for the legendary Jammin’ and One Love.

Throughout the day, the lineup again basked in the bank holiday sun, with local Southampton group Band of Skulls blowing away any tiredness. Razorlight‘s Johnny Borrell still has all the energy from the early 2000’s and, having not listened to them in over a decade, the songs still sounded fresh and exhilarating.

The clashes on Sunday night were interesting, and  made choosing who to see extremely difficult. Ash were booked to play the Castle Stage almost at same time as The Vaccines on the main Common Stage. Ash won out everyday with their intergalactic sonic 7 inch singles such as ‘Girl From Mars’, ‘Burn Baby Burn’ and ‘Oh Yeah’ but The Vaccines charm made the energetic sprint worthwhile to catch their opening 20 minutes.

Plan B felt a little out of place at the family friendly festival, with his Ill Manors, but the crowd sung along for ‘She Said‘ and ‘Mercy’, while failing to keep up with rappers Defamation of Strickland Banks.

New Order brought the party to a close on the main stage, saving their biggest songs True Faith, Blue Monday and Temptation for the devoted fans willing to brave leaving the car park at close.

Clean Bandit meanwhile finished proceedings on the Castle Stage with their mix of classical and dance pop music. They’ve become one of the most strongly supported radio pop acts in the country with a Grammy under their belts.

The set ended with a joyous rendition ‘Rather Be‘, which was an appropriate high to end the weekend on.

All words and photos: Graham Tarrant