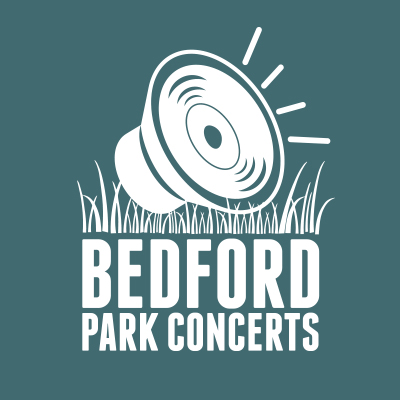 Last year, I had a great time spending a weekend at Bedford Park Concerts.  It was certainly a weekend that I won’t likely forget.  So, of course, I am very excited to be able to attend again this year.  I also have no doubt that it will be another great weekend for all, jam packed with entertainment for all ages.

To begin the weekend’s event Bedford Park will be welcoming headline act, the legendary Billy Ocean.  The legend himself has sold over 30 million records all over the world in his career to date.

Billy is known for his hits “Love Really Hurts Without You”, “When The Going Gets Tough, The Tough Gets Going” and “Caribbean Queen”. So warm up those vocal chords to a huge sing-a-long!

Also on the first night of the weekend (Friday 3rd August 2018) Billy will also be joined on stage by supporting acts including:

A soul singer with a powerful voice who is known to put on quite a visual show.  You can expect to hear hits “Could It Be I’m Falling In Love” and also “Round and Round”.

ASWAD has spent two decades on the music scene and have also released an impressive fifteen albums! They also remain to be one of the best love British Reggae bands and are known for their singles “Don’t Turn Around” and “Shine”.

They will get you moving and grooving with unique take on the British soul sound.  They are expected to perform hits including “Hangin’ On A String” and “Slow Down”.

Last but not least of Fridays night’s support acts is The Christians.  A band that stormed their way into the British pop scene in the 80s and early 90s with singles including “World”, “Born Again” and “When The Fingers Point”. Their version is “Harvest For The World” also raised millions for well known charity Unicef.

This date is probably the most anticipated date of the entire weekend.  Bedford Park Concerts have continued to provide us with another amazing line up to to reel us all in.  The evening will see support acts including rising pop star Hannah Jane Lewis which will be a first for the singer. Also Sam Wills will be performing too.

But of course this night will focus on the evening’s well known acts Basement Jaxx and headline act, the almighty Jess Glynne!

Simon Ratcliffe and Felix Buxton aka Basement Jaxx began their career as underground producers and event promoters in back in 1995.  The pair have seen huge success and have known sales of more than three million albums!  Their infamous debut album “Remedy” and their collection “The Singles” took the world by storm.  They also received a Grammy for their third album “Kish Kash” and are double BRIT award winners for the title of Best Dance Act.  They are known for their huge hits “Where’s Your Head At?”, “Romeo” and the bonkers dance anthem “Red Alert”.  Basement Jaxx are continuing to work on new projects for 2018 including working on music for a TV show which will feature on ITV.  I have no doubt that their DJ set will get everyone in a great mood.

Glynne was introduced to the music world back in 2014 as she featured as a vocalist on Clean Bandit’s Grammy Award winning “Rather Be”. Since then she has given us hit after glorious hit!  She has in her own right become one of the biggest female breakthrough artists of the UK in recent years.  Other singles fans will recognise include “Don’t Be So Hard On Yourself”, “Right Here”, the more sombre “Take Me Home”. She is also now back in the charts once more while providing vocals for Rudimental’s newest single “These Days”.  I personally guarantee you will be in for an amazing set from this artist. I have seen her perform live once before and she completely dominated the event she was playing at.

Sunday sees the return of the very popular Bedford Park Proms.  This year’s event will feature the soloist known as the one and only English Soprano Lesley Garrett.  Not only is she an incredible musician but she is also known as a broadcaster and general media personality.  Leslie has an impressive cross-over repertoire that stretches from Mozart to Meat Loaf while performing in numerous West End Musicals.  Alongside Lesley will also be Tenor Jeff Stewert, his dramatic voice means that he is always in demand not only in opera but other musical platforms too.  The Bedford Park Proms is self described as “an evening of pomp and patriotism that the whole family can enjoy”.  With over 120 performers on stage this will surely be quite a magnificent event. We will also see the return of the extraordinary London Gala Orchestra who will be conducted by Stephen Bell as they take to the stage to perform pieces including Handel’s Zadok The Priest.

On this date the organisers encourage you to bring picnics and your own drinks along too.  There is a VIP option available as well as general admission to the site.  So dust off those candelabras and get out the best plastic silverware you can buy! Because it’s Proms night!