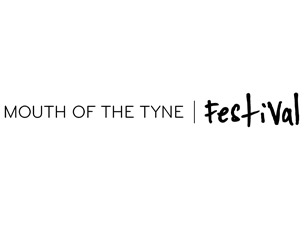 Mouth of the Tyne Festival

Set in the beautiful, conservation status village of Tynemouth, The Mouth of Tyne Festival is set for its thirteenth annual edition. Headliners such as Elbow, Laura Marling and Tom Odell will perform at the Priory and Castle Arena, as well as other musical acts on the Sunday, and also other kinds of events at Playhouse Whitley Bay and the Surf Café as well as amazing, local craft beers.

Tynemouth, eight miles east of Newcastle is one of England’s coastal jewels and the festival itself attracts around 100,000 people for a four-day celebration of live music, dance and arts by the sea. A blue plaque in the window of the village chippy is testament to the village’s charm, visited by none other than Jimi Hendrix, and well worth checking out. The village itself is welcoming, laid back, jovial and light-hearted.

There’s a heavy focus on art and music, particularly local and community art with hundreds of children from the area taught new skills in the weeks leading up to the event and they’ll be kicking things off with a parade. Later, ticketed live music concerts will be happening in the majestic grounds of the Tynemouth Priory and Castle – an English Heritage property. “Local street food pop-ups trade under festoon lighting whilst customers gather around shipping bobbins and on reclaimed driftwood seats” – this as well. At a nearby pub, looking over the sea, a jazz stage will fill the seaside air and a free programme of international street theatre will provide the entertainment. You can also take surf lessons on the sandy beach, or get stuck in with a spot of beach volleyball.

Here’s more from the organisers:

“There’s an innovative programme of dance and one-off attractions on the platforms of Grade II listed Tynemouth Station, as well as evening concerts at Playhouse Whitley Bay and Tynemouth’s Surf Café. As part of the festival, the 45 seater café played host to a BBC Introducing night, an intimate album performance from The Futureheads Barry Hyde and their fastest selling event ever – an acoustic night with Gomez’ Ben Ottewell – in 2016.”

On the beach next door is Riley's Fish Shack who will be providing food on site. Jay Raynor gave a 5/5 review and was featured last week on Michel Roux’s Hidden Restaurants.