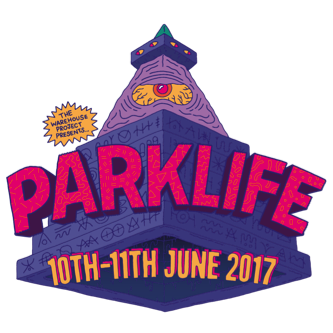 It’s nearly ten years ago now that Mad Ferret made an audacious attempt to throw a party in the heart of Fallowfield with the idea of lighting a fuse that had been priming since the 90s. They hoped to combine the two sides of Manchester – the native music and rave heritage of the Ten Townships and a student population desperate and deserving of another dimension to their experience of the city – for a big party in the park to sign off the end of their uni year and kick start the summer, or just for a laugh at the weekend. The Resident Advisor page for the original event still exists on the results page of a Google search and it says a lot about how that experiment has succeded and indeed a lot about how the UK festival landscape has transformed in less than a decade.

Straight away a whole heap of things stand out. For starters, none of these acts made the lineup nine years on. Perhaps the only one of those acts you might consider a current household name would be Chase n Status, but I wouldn’t mention that to any of the living memes you find in Antwerp on a Tuesday night, but still they found themselves on the fifth line of the original poster. Remember when Chase n Status were big lol. That was a time I bet we all could delete from our Facebook photos.

The press release showed this year’s full lineup in a chaotic scramble of names, spread over two pages, a lineup so big I wonder if half of them would have even managed to cop tickets for the first one in 08. What’s more interesting is how much more diverse and international it is now, like exponentially. It’s incomparable. And the set up at Heaton Park is another world from the days of Platt Fields. I’d say it’s the most coveted non-camping festival in the UK. From Frank Ocean to Carl Cox, it really doesn’t get any bigger. From Moodymann to A Tribe Called Quest it doesn’t get any more credible. From the 1975 to EZ it doesn’t get more diverse. Diverse but that’s not to say populist, or pandering desperately for anyone who will love them or fork out for a wristband. No one stands out as alone in style or support – it’s a broad array of music but still with only a few degrees of separation. You can imagine someone who’d like Frank Ocean might like Anderson .Paak and might also have listened to Drake’s (not featured) album and heard Giggs or BBK’s Skepta, who in turn will probably get wheelups from EZ as his Nike cap bobs into view over the DJ booth. And I know it’s possible that people that are into all of that will probably be digging holes in the turf to Ibiza favourites like Jamie Jones and Joseph Capriati, Patrick Topping, Martinez Brothers, Elrow and Joris Voorn. It won’t just be Mancunians at North Base, Levelz or Solardo. And of course there are even crossovers to that first ever lineup. I’ve had tape packs in my youth featuring both Nicky Blackmarket and Andy C. I’ve seen Congo Natty at Iration Steppas’ Subdub and I’m sure David Rodigan will have a Lee ‘Scratch’ Perry tune for us (I’ve not even checked if Rodigan’s on the lineup because that’d be like no Attenborough on Planet Earth). Chaka Khan Chaka Khan Chaka Chaka Chaka Khan.

We’ll be going a bit more in depth in our weekly updates, focus on a couple of artists each time to build the hype before the big day. Browse the lineup at your leisure, if there’s anyone in particular you’d like us to look at, drop a comment below (inbox me). Weekend and Sunday tickets are still on sale, all the earlybirds have obviously flocked the nest, and from what I can gather Saturday tickets have sold out. Saturday 10 to Sunday 11 of June. Shit that’s soon!