2017 will see the return of Live Nation's Wireless Festival back at Finsbury Park in London.

Taking place between the 7th – 9th July, the lineup for this years festival will blow you away.

Headlining this year are global superstars Chance the Rapper, Skepta & The Weeknd

For a good choice of hotels with discount prices, visit our preferred hotel suppliers here: 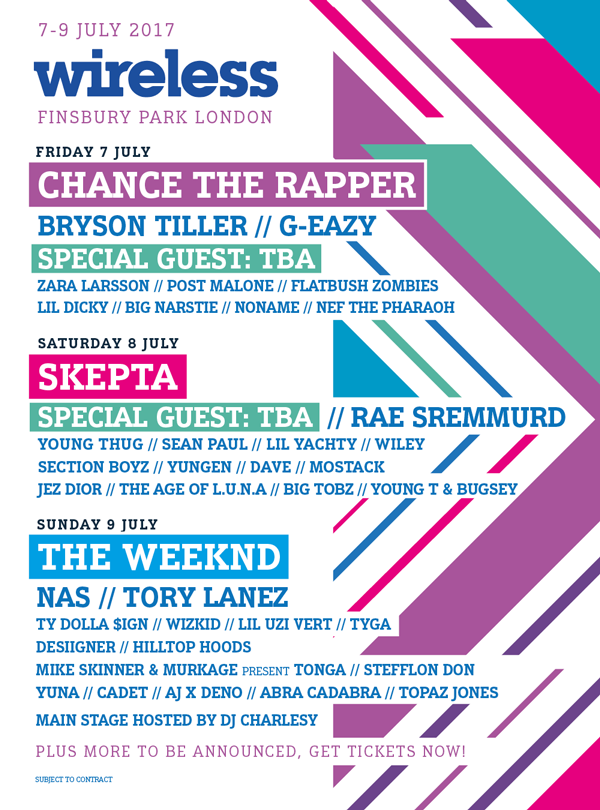 Headlining Friday is Chance The Rapper, who is rapidly establishing himself as the hottest hip-hop artist of his generation. Since the release of his first official mixtape 10 Day in 2012, he’s won three Grammy Awards, collaborated with Kanye West on the critically acclaimed Life of Pablo, and clocked over fifty-seven million streams of his debut album Coloring Book. Having recently announced his 40 date US tour, including two sold out shows at the Hollywood Bowl, this is one act not to miss at Wireless 2017. 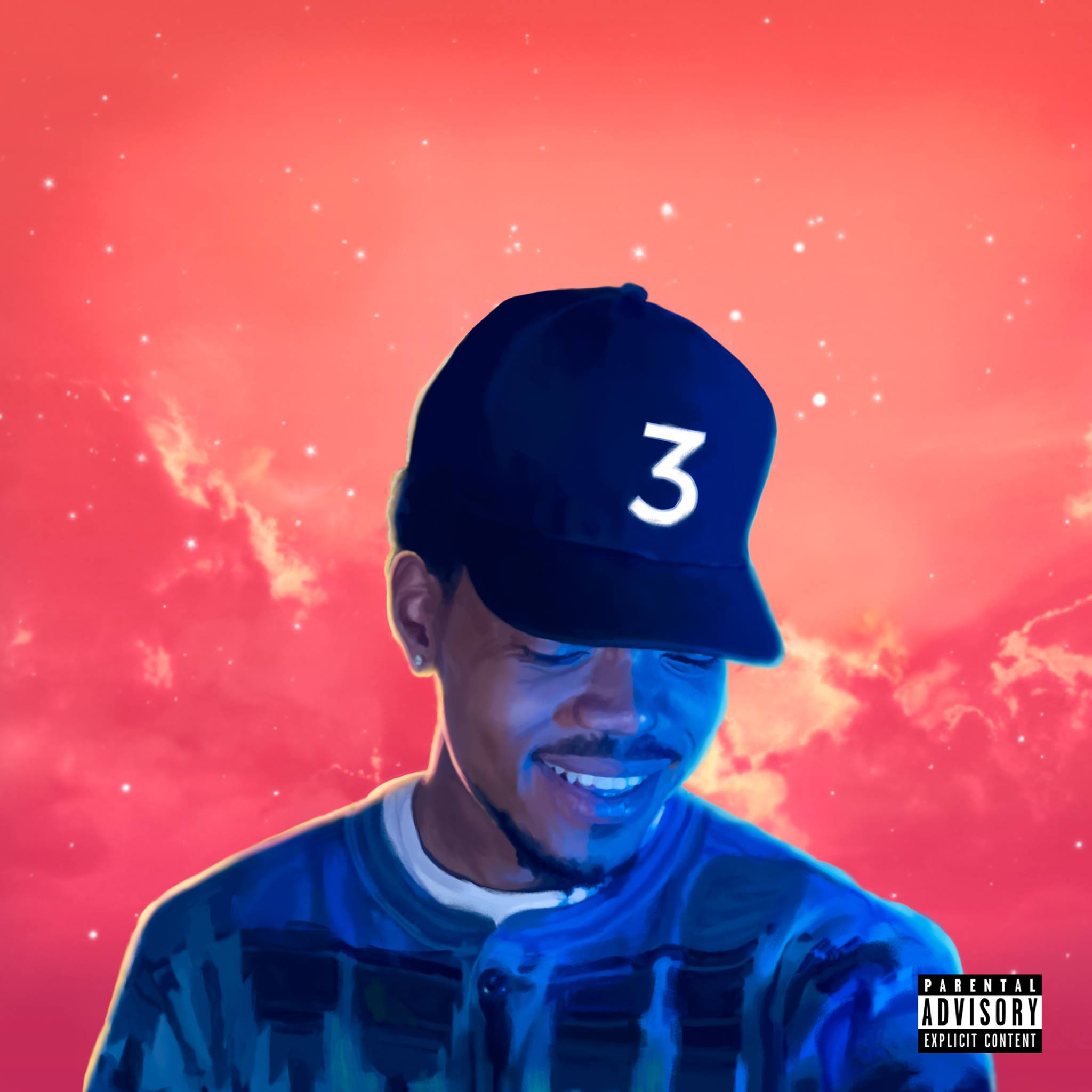 Known for some of the biggest hits of the past year, two-time Grammy Award Winner The Weeknd will be closing Wireless Festival on Sunday. The performer, producer and songwriter made history in November 2016 by breaking Spotify records with single ‘Starboy’, which still hold the record for most streams in 24 hours by a single artist.

Bryson Tiller will be bringing crowd pleasing singles ‘Don’t’ and ‘Exchange’ to Finsbury Park for a UK Festival Exclusive at Wireless 2017, alongside the “James Dean of rap” G-Eazy. Swedish songstress Zara Larsson and the young and talented Post Malone are also set to perform on the Main Stage.

Already a big fan of performing at Wireless Festival, Base Defense League Big Narstie will be back with a number of bassline dropping hits. Gritty and atmospheric Flatbush Zombies, comedic rapper Lil Dicky, poetic Chicago rapper Noname and Californian rapper Nef The Pharaoh have also been added to the line up.

Regarded as one of the best MC’s of all time and with a career spanning over 20 years which includes hits ‘One Mic’, ‘N.Y. State of Mind’ and ‘If I Ruled the World’, Nas will be making a UK Festival Exclusive appearance at Wireless on the Sunday. Also added is R&B and rap fused Tory Lanez; the Toronto born artist known for hit single ‘LUV’, renowned producer Ty Dolla $ign, and the one of a kind Tyga who will be bringing with him five studio albums that include tracks ‘Rack City’ and ‘Faded’. Nigerian singer songwriterWizKid,catchy buzz rapper Lil Uzi Vert and ‘Panda’ celebrated Desiigner will also perform.

Mike Skinner and Murkage present Tonga will be at Finsbury Park this July, alongside a long awaited performance from one of the biggest hip-hop successes to come out of Australia, Hilltop Hoods. London’s grime queen and an artist to watch out for this yearStefflon Don, teenage marvels AJ X DENO, and popstar Yuna will be joined by ‘Stereotype Freestyle’ rapper Cadet, grime purist Abra Cadabra, and storyteller Topaz Jones for the ultimate music experience this summer.