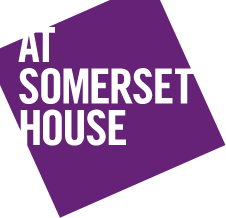 9 July   BENJAMIN CLEMENTINE + TO BE ANNOUNCED

Tickets from £29.50 (plus booking fee)
Available online from: www.somersethouse.org.uk

This July, Summer Series at Somerset House with American Express plays host to an eclectic selection of hotly tipped emerging acts to complement the world-class headliners.

For 11 nights from 7 to 17 July, London’s intimate live music festival, set in the picturesque courtyard of Somerset House, presents some of the most promising talent in the music industry. Artists such as Chet Faker, Jess Glynne, Jessie Ware and Aurora are among those who have opened the gigs in the past and gone on to enjoy critical and commercial success.

Building on this history of showcasing premier emerging talent, Somerset House is delighted to announce that female poet and singer-songwriter Sampa the Great will open Summer Series for Hiatus Kaiyote, who were recently honoured with the Jazz FM Album of the Year Award.

The following night, critically acclaimed rock duo The Leisure Society will support Paul Heaton and Jacqui Abbott. Dubbed the English answer to Grizzly Bear and Fleet Foxes, their debut single The Last of the Melting Snow was credited with an Ivor Novello nomination.

Laura Mvula is joined by two promising talents on July 10, Gallant and Jodie Abacus. Christopher Gallant has been labelled “the voice that will redefine R&B" by NME – high praise, backed up by his performances at Coachella and SXSW this year. South London musician Jodie Abacus has been busy recording his debut album with an impressive line-up of artists, producers and writers including Julio Bashmore, Tobias Jesso Jnr, Duke Dumont and Fred Gibson.

On July 13, multi-instrumentalist, producer and composer Bill Ryder-Jones supports Courtney Barnett. Ryder-Jones is a remarkable musician and former member of the band The Coral. Recorded in his childhood bedroom, his third album West Kirby County Primary offers insight into his world by taking intimate stories and setting them to glorious molten melodies.

Other highlights include: beautiful vocal arrangements from young songstress JONES’, who has received acclaim from the likes of Jools Holland, Calvin Harris and Sam Smith; London-based five-piece band Pumarosa; the soulful stylings of Samm Henshaw and flamenco-infused Latin talent Gizmo Varillas whose disarming vocals and genre-hopping rhythms will take over the beautiful courtyard.

The festival will close with a unique, one-off performance from UNKLE: REDUX, as James Lavelle collaborates with Philip Sheppard and a number of special to guests to present a night to remember.