Wireless Festival is back for its 11th year, returning to Finsbury Park for the ultimate summer party on the weekend of the 8–10 July.Announcing the first acts for the 2016 line up, Wireless is set to be one of the biggest music events of the year, with more acts still to be announced. Day tickets cost from £59.50 and Multi-day tickets are also available.

Since Wireless began in 2005 it has garnered an undeniable reputation for breaking and nurturing some of the biggest names in entertainment with the festival and its fans undeniably at the cutting edge of modern music. This year’s festival brings the best talent to the capital with artists including the UK’s very own Grammy Award winning Calvin Harris, the return of Chase & Status, platinum-selling rapper J. Cole, grime collective Boy Better Know and a performance by Norwegian superstar Kygo.

Friday’s headliner, Calvin Harris is undeniably one of the most successful artists on the planet. During the past decade, the Scottish DJ/producer was the first musician to score nine top 10 singles from one album (the 2012 LP ‘18 Months’), whilst his fourth album also delivered 3 No.1 singles.

Chase & Status need no introduction as a festival headliner.  Saul Milton and Will Kennard form the recording duo behind the band’s live show. Before the release of their highly anticipated 2016 4th studio album, Chase & Status returned with brand new project: ‘London Bars’, which saw the duo joining forces with some of the biggest rhymers from the UK scene. Last month the band premiered their first new track from their 4th album, ‘Control’ which featured Slaves. 2016 is set to be a massive year for them and Wireless Festival are excited to welcome them home, to celebrate the best in UK music at what’s set to be their first live London show in over 2 years.

Chase & Status said; “We have an epic show lined up for Wireless 2016, which we‘ve been planning in secret for the last couple of months. It’s an honour to be performing in our hometown alongside some of the most exciting names in music and we’re looking forward to dropping one of our best sets yet.”

Closing Sunday’s show is UK's favourite grime collective Boy Better Know. Headed up by founders Jme and Skepta, the renowned BBK is best understood as a cultural movement in 2016. Die-hard Wireless fans will share an important moment in British musical history when BBK ‘shutdown’ the festival in July.

Kygo is one of the 25 most played artists in history, having amassed over a billion streams in a single year. Ready to take London by storm, Wireless festival will welcome the Norwegian DJ for his Wireless debut in Finsbury Park this year.

The 2016 line up also champions some of the best emerging and established music talent, includingappearances by international platinum-selling artist Craig David who, fresh from his sold-out European tour brings his TS5 show to Wireless. Also joining the line up are MOBO award winning duo Krept and Konan, and grime royalty Lady Leshurr. 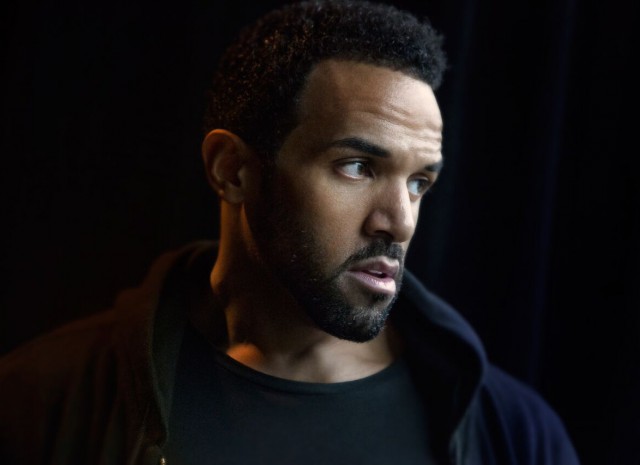 British songstress Jess Glynne is also billed to take the Wireless stage this summer, performing some of her iconic, feel-good anthems to fans. The hit-maker has had an incredible 2015, including 2 No.1 singles, and is set for even bigger things in 2016.

Straight off the release of his debut album, Wireless is pleased to present trapsoul artist Bryson Tiller, who has taken the American music scene by storm with over 36 million plays of his single ‘Don’t’ on SoundCloud.

Tiller will be performing alongside U.S. hip-hop and R&B greats including Miguel, who’s recent album release ‘Wildheart’ was ranked by Rolling Stone as one of the best R&B albums of 2015, and Future, who recently made history in the US by charting 3 albums at No.1 in the last 6 months with ‘Dirty Sprite 2’, ‘What a Time to Be Alive’ and ‘Evol’.

Ranked as one of the top DJ’s in the world, Martin Garrix will be performing his electric mix of EDM and House music to fans at Wireless Festival. One of the youngest and fastest rising stars of EDM music, Martin Garrix has worked with the likes of Usher, Ed Sheeran, Tiësto and is set to get the crowd dancing well into the evening.

Wireless will also play host to US rap sensation, Action Bronson. Known as one of the most raucous live performers hip-hop has today, expect hits from his critically acclaimed album ‘Mr. Wonderful’. Also joining the line up are Yelawolf and singer and rapper Ty Dolla $ignwho has combined hip-hop and contemporary R&B to create a truly unique sound.