FacebookTweet
Electric Fields, Scotland’s most exciting new music festival, is proud to announce PRIMAL SCREAM as the first headliner for 2016, with Everything Everything, The Twilight Sad, Public Service Broadcasting, Erol Alkan and Model Aeroplanes and Joy Orbison also revealed.
Returning to the stunning grounds of the 17th Century Drumlanrig Castle in Dumfries & Galloway on Friday 26th and Saturday 27th August, Electric Fields expands to two full days for the first time in 2016, offering festival goers even more incredible music and time to enjoy the intimate, community atmosphere that has made it such a hit with fans during its first two outings.
Primal Scream continue to be one of the most exciting bands on the planet, with a hugely successful and influential career spanning almost three decades and a catalogue of genre-defying hits, united by the groove. Loaded, Movin’ On Up, Rocks, Jailbird, Kowalski and Country Girl are just some of the highlights and, with the bands’ 11th album Chaosmosis due for release in March 2016, this homecoming show will be an unmissable festival experience. 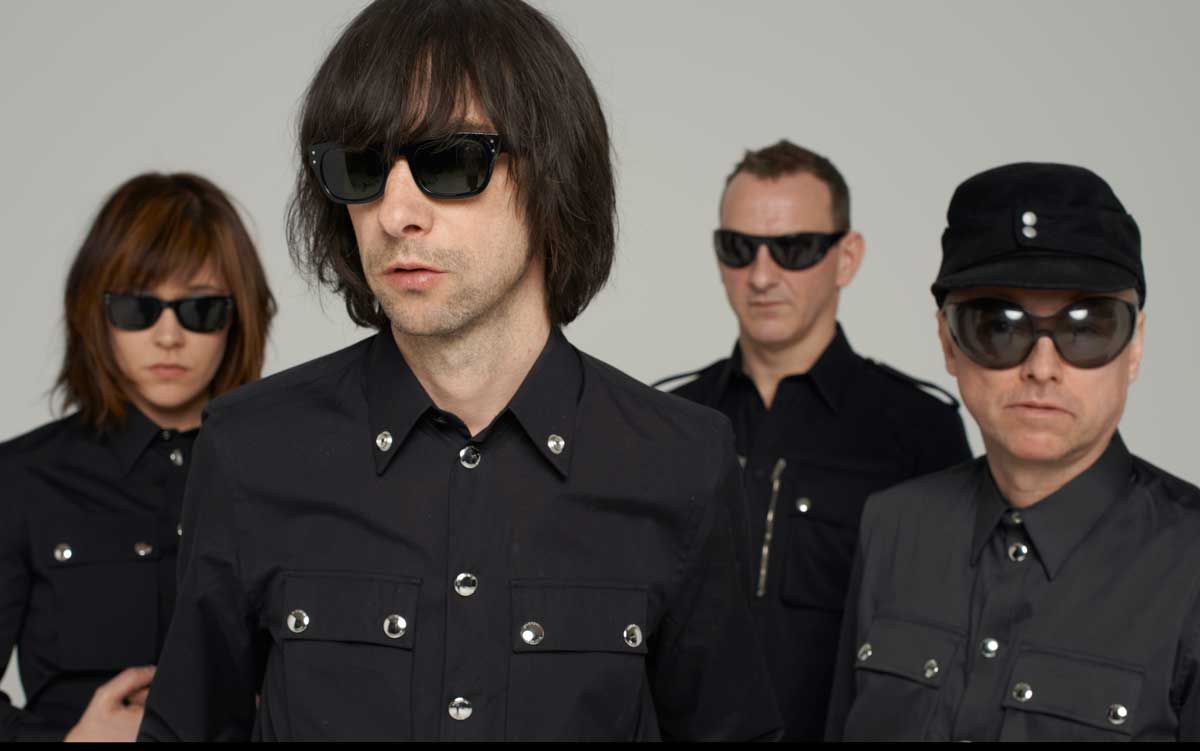 Electric Fields co-founder Nick Roberts said:
“We’re incredibly excited to bring Primal Scream to Electric Fields this August. They have created some of the greatest music these islands have produced and are right at the top of their game. The rest of the line-up compliments the whole nature of the festival brilliantly and we’re delighted to have this legendary band spearheading it for us. With our new two-day format, we’re able to bring even more incredible acts to the beautiful estate at Drumlanrig Castle and we can’t wait to welcome everyone come August.”
Standing as the mad scientists of indietronica, Everything Everything have garnered acclaim and awe with their constantly evolving soundscapes on modern life. Since emerging onto the alternative scene with their Mercury Prize nominated debut “Man Alive”, the Manchester quartet have grown from strength to strength, characterised by the multi-faceted vocals of frontman Jonathan Higgs. Dominating airwaves and stages around the world, these time-travelling explorers will be touching down at Electric Fields fresh from their widely acclaimed latest LP “Get To Heaven” for a set that’s sure to live-long in the memory.
National treasures don’t come much bigger than The Twilight Sad whose melancholic tales of heartbreak and life have soundtracked the emotional heartstrings of their homeland for nearly a decade. Their 2014 album “Nobody Wants To Be Here And Nobody Wants To Leave” was met with universal acclaim, breathing new life into the post-punk world. With a new release on the horizon, their performance at Electric Fields is set to captivate the masses, and cement their place as one of the most important acts of a generation.
Public Service Broadcasting stand in a world of their own, creating unique and challenging soundtracks to the pivotal moments in human history. Their most recent LP, “The Race For Space,” transported listeners back to the heady days of the space race, combing historical clippings of the time with their epic instrumental soundscapes. Their immersive, cinematic show is set to be a stand-out at Electric Fields this summer.
Scotland’s very own Model Aeroplanes stand as one of the most exciting new bands in the UK, and their dazzling blend of indie-pop shows exactly why major labels were scrambling to sign the Dundee natives. Expect a mesmerising performance from a band destined to fill arenas.
Edinburgh’s Sneaky Pete’s will bring some of the most exciting names in electronic music to their own stage at Electric Fields this year. Erol Alkan, seminal electro pioneer, revered producer, remixer, DJ and head honcho of independent label Phantasy Records will be dropping tectonic vibrations throughout the fields, as he makes himself at home for an unrelenting showcase of the best in underground dance. Joining him on the Sneaky’s lineup will be renowned boundary-morpher Joy Orbison whose infectious beats will make for a celebration of groove and funky house. Drawing inspiration from a plethora of genres, the maverick Londoner has lead the way for electronic music, establishing a style that has soundtracked dark basement dens and festival stages worldwide.
Electric Fields is delighted to announce that the Tim Burgess-curated Tim Peaks stage, famous for secret sets and an eclectic variety of artists, will be part of the 2016 family. The first artist to be revealed is actor Paddy Considine’s Riding The Low. So much more than a side project, the band’s infectious Suede-like melodies have seen them captivate crowds at festivals around the country.
FacebookTweet