Home > Festivals > Sigma, The Wombats and more lead the LIMF lineup for 2016

The sensational Liverpool International Music Festival (LIMF) returns for its fourth outing celebrating the city's musical pedigree, diversity and heritage on a global scale. Taking place from Thursday 21st – Sunday 24th July 2016, LIMF explores the theme of 'ReDefinition' with five commissioned projects and performances that are and have redefined music and popular culture. These include a curated live show by BBC 6 Music's Gilles Peterson called 'From The Soul'; a celebration of Liverpool's counter-culture over the last 40 years with '76-16: From Eric's To Evol'; and 'House Nation' where renowned Liverpool-based DJ and Producer Yousef will explore what defines house music in four international cities.

LIMF Summer Jam returns with a three-day FREE outdoor music celebration featuring its best line-up to date including Sigma, The Wombats, Lianne La Havas, Kwabs, Netsky, Ms Dynamite, Maverick Sabre, a very special Royal Liverpool Philharmonic Orchestra Friday evening performance and much more. The recent national award winning LIMF Academy stage will return to showcase tomorrow's stars, which alongside the 'its Liverpool' stage which showcases past, present and future homegrown talents, provides another reason why Liverpool has received the prestigious UNESCO City Of Music status in 2016. For the latest LIMF programme and to buy tickets for the LIMF Presents series please visit the LIMF website with more to be announced soon.

Liverpool is recognised as a UNESCO City of Music in 2016, shining a spotlight on the city's pioneering approach to its ever-evolving music culture. Combining this with the city's rich music heritage, Liverpool International Music Festival has become the current voice of this global music city with an experimental but accessible programme for all.

LIMF 2016 is made up of LIMF Presents, LIMF Academy and Europe's largest free music event, LIMF Summer Jam. Last year it attracted around 160,000 music lovers, cementing Liverpool's reputation as a must-visit destination, with this year’s earlier July date ensuring it will be the perfect start to the summer celebrations.

LIMF SUMMER JAM: Friday 22nd, Saturday 23rd, Sunday 24th July – Sefton Park – FREE
LIMF Summer Jam has fast become the leading family festival of its kind, completely free to enjoy and welcoming to all. Taking place at Sefton Park it will mark the start of the summer and the culmination of a spectacular series of events as part of Liverpool International Music Festival. Friday's opening night will be see the spectacular Royal Liverpool Philharmonic Orchestra perform a set which includes 'Music City: Reimagined', which will showcase many of the defining songs that came from the city of Liverpool and impacted the world.

Chart topping dance duo Sigma, responsible for hits such as 'Nobody To Love' and 'Changing' are confirmed to headline on Saturday evening, with Liverpool's very own quirk-pop legends The Wombatsheadlining the following day. Singer-songwriter Lianne La Havas will bring her own inimitable mellow groove to the proceedings whilst Belgian drum 'n' bass pioneer Netsky will have the Sefton Park revellers dancing to his contagious beats. Bringing an urban vibe to the LIMF Summer Jam bill will be trailblazersKwabs, Ms Dynamite and Maverick Sabre, with RnB up and comer Shakka and BBC 1Xtra's 'Hot For 2016' nominee Samm Henshaw also lined up to play. Local heroes John Power and Dave McCabe and the Ramifications will be performing, as well as Michael Head & The Red Elastic Band and China Crisis. 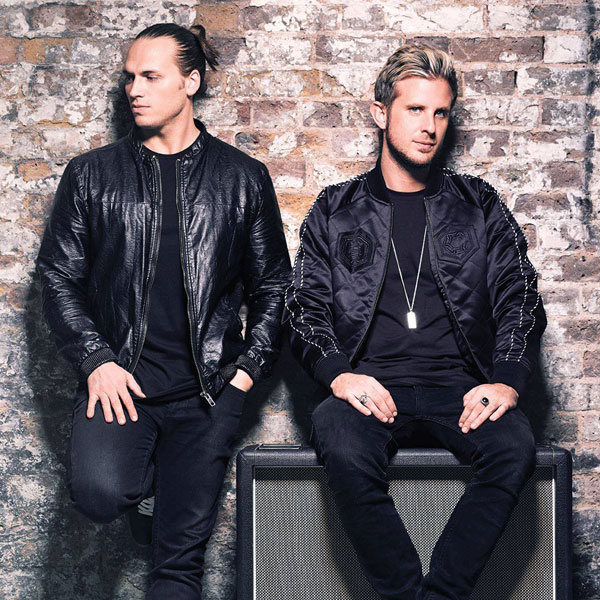 LIMF Summer Jam’s monumental music offering will be available for all to see for free, making it one of Europe’s biggest free outdoor events and an unmissable date in the diary for all.

LIMF Presents…'ReDefintion'
The LIMF Presents series is a showcase of artists, music and projects that have and are redefining music and culture. The commissions projects and performances will taking place during LIMF 2016 and include:

From the Soul (LIVE) – Thursday 21st July – 1900 – 22.00 – Music Room – Royal Philharmonic Hall – £26.40 (incl. booking fee)
Curated by 6 Music’s Gilles Peterson, LIMF explores the redefining sounds of British soul music over the past 30 years. The event will feature a special house band collaborating with some of the most important names in British Soul. The live event will be followed by an exclusive DJ led after party hosted and featuring sets by Gilles Peterson and Thris Tian (Boiler Room / NTS), which will bring 3 decades of Soul to the dance floor. Line up to be announced soon.

House Nation in association with Circus  – Friday 22nd July – 1700 – 0000 – Sefton Park Palm House – £26.40 (inc. booking fee)
House music is truly a global phenomenon. In key cities around the world various dynamic producers are trailblazing a more progressive sound – redefining what you consider House Music to be. LIMF travels to three international music cities with Liverpool-based DJ and Producer Yousef as he immerses himself in those different scenes – returning home to make four records that reflect the sounds of those different cities and his hometown of Liverpool. The process will be documented, with both the music and shorts being released. The project will culminate in a special live show, in association with CIRCUS, at LIMF 2016. Line up to be announced soon.

76-16: From Eric's To Evol (a celebration of Liverpool music's counter-culture) – Saturday 23rd July – 1930 – 2300 – Liverpool Guild of Students – Early Bird till 1st March £19.80 (inc. booking fee), £26.40 thereafter
For the last 40 years the punk-indie attitude has been prevalent in Liverpool and has led to the creation of some of the most influential cultural movements the city has ever seen. These are movements that have connected not just with the people of Liverpool but with the world. LIMF showcases those key venues, artists and scenes. This is the inter-generational story of Liverpool’s underground music scene and how it has redefined itself in terms of music, fashion and popular culture over 40 years! Line up to be announced soon.

Music City: Reimagined – Friday 22nd July – 18.30 – 21.30 – Sefton Park – FREE
In 2015 LIMF focused on the influencing sounds that entered this City, this year LIMF showcases the defining songs that came from our city and impacted the world. The evening will see Liverpool’s no1 playlist performed by the spectacular Royal Liverpool Philharmonic Orchestra.

Roots, Rock, Reggae – Saturday 23rd August – 15.00 – 15.30 – Sefton Park – FREE
It has been over 50 years since Millie Small reached number 1 in the UK with "My Boy Lollipop", and introduced Reggae to the British mainstream. Subsequently that first generation of settlers and their offspring carved out their own brand of reggae here in the UK and redefined the global image of the genre as a whole. From the birth of Lovers Rock, to the driving sound of roots reggae and the interpretation of vocal reggae, the British reggae sound added a considerable amount to the music scene. This project would see award winning BBC Radio DJ Seani B (himself a Grammy nominated Reggae producer) curate a collaboration between a host of British reggae artists. Line up to be announced soon.