Download Festival, in one of its biggest announcements yet confirms 33 new additions for 2016 including Shinedown, Killswitch Engage, Down, Don Broco, Architects, Neck Deep, Tremonti and more. Download Festival takes place 10-12 June 2016 in Donington Park and tickets are on sale now.

Download Festival, the world’s premier rock and metal festival, returns for 2016 with one of its biggest lineups to date. Joining headliners Rammstein, Black Sabbath and Iron Maiden for a weekend of incredible rock music are Shinedown, who played an unforgettable set at the festival in 2012. The band’s latest album Threat To Survival shot to Number 13 in the UK charts earlier this year.

Killswitch Engage, dubbed “the people’s champions of metal”, will make the floor move under your feet with a jaw-droppingly outstanding set; Down, featuring former Pantera vocalist Phil Anselmo, will deliver some booming dark riffs and all out metal; Don Broco, who celebrated a Number 6 album earlier this year forAutomatic, will bring charisma by the bucketload with a chaotic and immensely enjoyable live set, and Brighton metallers Architects are confirmed for a ferocious, boundlessly energetic set ensuing some gigantic circle pits.

Neck Deep are making waves as the heroes of UK pop-punk. The Wrexham five-piece have been on tour with Bring Me The Horizon and All Time Low, and will headline their own tour next year; Tremonti, fronted by former Creed and Alter Bridge guitarist Mark Tremonti, are known for their fast and heavy headbang-worthy riffs; French band Gojira will provide some full on heavy metal throwing crowds into an absolute meltdown; bringing Satan back to the masses, Swedish six-piece Ghost are confirmed for some sticky-sweet hooks and melodies, and lots of satanic musings. 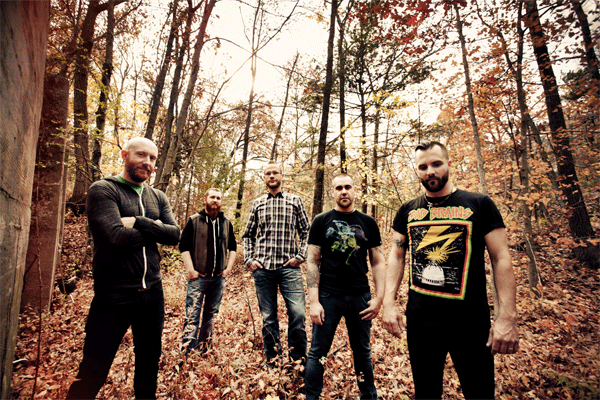 Back on British soil, Billy Talent are preparing to deliver a storming set for crowds in Donington Park. The Canadian sensations will also release a new album in 2016; Saxon will bring some classic rock and guitar heavy tunes; Australian metal-core band The Amity Affliction will put on a great live set mesmerising crowds and are bound to create a raucous mosh pit; Halestorm, led by awesome frontwoman Lizzie Hale, return with some hard, riffy rock; one of the hottest bands in the ‘alternative’ world, US band Beartooth are confirmed, and Glasgow rockers Twin Atlantic, whose last two albums scored Top 5 in the UK Rock & Metal chart, will bring their unique pop rock sounds to Download.

Californian metallers Atreyu are renowned for their high-energy and impassioned sets; self-proclaimed “party-metallers” Attila will bring a heavy-hitting set; reggae-metal group Skindred will get the pit bouncing and rocking and are guaranteed to please the crowds at Donington; former Gallows frontman Frank Carter is confirmed with his new band The Rattlesnakes; Milton Keynes five-piece Tesseract, one of progressive metal’s elite, will send the audience into overdrive with a flawless performance; and with some big, belligerent metal, Counting Days are also confirmed.

Controversial electronic punk rap group Ho99o9 will be bringing their raucous live show to Donington; Milk Teeth have rapidly been gaining widespread acclaim for their nineties grunge nostalgia. Dead! went out on tour with Young Guns this year and have established themselves as one of the hottest bands to look out for in 2016, as have Exeter three-piece Black Foxxes, who have sold out every London show they’ve played. Fort Hope have been championed by Radio 1 this year and their album Courage reached Number 8 on the UK Rock & Metal Chart.

Rival Sons have earned a name as “one of the hottest rock bands on the planet” and will bring an awe-inspiring set of raw power and soulful, bluesy rock; hard rockers Breaking Benjamin are back following a five-year hiatus and will be loud and glorious; American thrash metallers Havok will bring exactly that; Dutch synth-metal band Delain are known for their upbeat energetic performances and US rockers Skillet are set to bring one hell of a monster show. Bringing some fun and thrash metal, Lawnmower Deth are also confirmed to play next year. The band are currently battling it out for the Christmas number one spot with their version of ‘Kids in America’.

Download Festival is the home of rock music and takes place on the sacred grounds of Donington Park, which have been associated with rock since the eighties. The festival attracts icons of rock and metal to its Main Stage, plus the best hot and new acts in the world. AC/DC, KISS, Metallica, Aerosmith, Guns N’ Roses, Rage Against The Machine, Slipknot, Linkin Park and many more have all headlined its main stage.