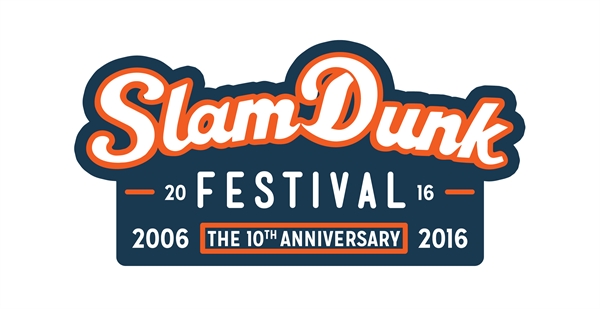 Celebrating its ten year anniversary, the ever growing festival known as SlamDunk has released the first wave of bands. With only a month from the holidays it seems Slamdunk knows what we all want for Christmas.

Topping the bill is Brendon Urie's Las Vagas rock band PANIC! AT THE DISCO. After absolutely smashing the main stage slot at England's infamous Reading and Leeds festival earlier this year, it seems they are set and ready to take SlamDunk by storm with relentlessly releasing new material and their new album 'Death Of A Bachelor' on the horizon. It's no wonder they've hit the top spot for celebrating a decade of SlamDunk!

Joining Panic! in the first wave of bands is one of Orange County's finest metalcore bands, OF MICE & MEN. After not long completing their full circle earlier in 2015 it seems the five piece can't get enough of the UK. Their appearance at next year's SlamDunk leaves us anticipating some new material.

Not only known for the heroic beards, most probably sharing a stage with New Found is another one of Pop Punk's finest, Four Year Strong. After releasing their self titled album in June, it seems they have some fresh material the UK is ever excited to hear!

Every Time I Die – after completing their UK tour in October it seems like the boys from Dallas can't get enough of the English soil and are once again heading back in May.
Also joining the lineup from across the pond, Memphis may fire, Issues and last but certainly not least, Dan Lambton's five piece Real Friends.
As you can imagine here at Summer Festival Guide we are completely stoked for next summer with these incredible bands hitting the lineup so early on, it's a wonder what SlamDunk have in store for us.

Tickets are now on sale from slamdunkmusic.com. Don’t miss out with a further forty bands to be announced across seven stages keep posted for another amazing announcement to come over the next few months.

The dates and venues for SlamDunk 2016 are as follows: