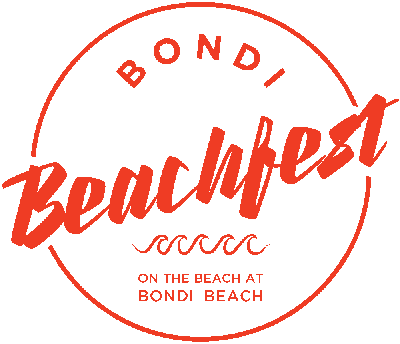 THE BEACH BOYS ONLY SYDNEY SHOW

The world famous Bondi Beach will play host to the legendary Beach boys this Saturday 14th November, for a guaranteed summer experience to remember. Typifying ‘The Sounds of Summer’, it’s a perfect match to have them performing on the beach at Bondi, which is viewed as the quintessential Australian beach, to launch the new and introduced BONDI BEACHFEST!  Confirmed as their only Sydney show, the Beach Boys are set to play ALL of their golden hits over two 1 hour sets.

One of the most influential and enduring bands in pop history, The Beach Boys have album sales of over 100 million, 32 American Platinum and Gold awards, an induction into the Rock n’ Roll Hall of Fame and a Lifetime Achievement Grammy award. Captained by Mike Love, The Beach Boys music defines youth and fun fun fun in the sun, evoking places where life is renewed through sun drenched days in the surf and glorious nights in the sand. Their catalogue spans over five decades and has produced a string of more than 50 timeless hits including California Girls, Good Vibrations, Surfin’ USA, Sloop John B, God Only Knows, Sail On Sailor, Kokomo, Surfer Girl, Help Me Rhonda, Barbara Ann, Wouldn’t It Be Nice, Surfin’ Safari, I Can Hear Music, The Warmth of the Sun, Little Deuce Coupe, I Get Around, Heroes and Villains to name just a few.

The Beach Boys will headline the very first Bondi Beachfest with support from the following Australian Artists:

The Whitlams are one of Australia’s favourite bands whose appeal reaches audiences of all ages and tastes. With lyrics described as having a “charming cynicism” and enhanced by an instinct for poignant melody, they have become a staple of the local music scene.

Busby Marou, originally from Rockhampton, will entertain the crown with their melodic guitar riffs and meaningful lyrics – mandolins, ukulele and whistles, stories of travels across the globe, and the pull of home.

Also fitting onto the bill nicely is Kim Churchill, who has already accomplished impressive feats in his short time as a professional musician. He is the name on everyone's sultry lips and with good reason. Kim Churchill, the surfy dude from New South Wales, is four albums deep and hundreds of shows down and has truly found his signature sound with his latest release Silence / Win.

And Brisbane artist Sahara Beck refuses to sit still and will be on the stage for Beachfest, accompanied with just her guitar. Over the past year she has released a critically acclaimed EP, toured and played shows non-stop, had her music featured online and on television, collaborated with numerous artists, written countless new songs and released another EP – BLOOM.

Not only that, along with live performances from the Legendary Beach Boys and the supporting bands, more family fun activities have been added to the day to celebrate Beachfest!  These include:

Tickets starting from $85 including GA tickets on the green, VIP packages and reserve seats on the beach. Buy tickets here AND here.

For every ticket sold, an amount will be donated to SURF LIFE SAVING NSW, the official beneficiaries of Bondi Beachfest.