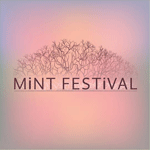 Adding to an already stelar assemblage of electronic music heavy weights, MINT Festival are excited announce some further additions to their 2015 line-up. Sunday the 20th September will see the unstoppable grime MC Skepta come to the Wetherby Racecourse, playing the Detonate + Jungle Jam arena alongside the likes of Sub Focus, Shy FX and Cause & Affect.

Also on the Sunday, MINT Festival welcomes the legendary Zed Bias, an artist who has been pushing the underground bass scene forward for the past two decades. Zed will present his 'Madd Again' LIVE showcase, featuring MC's Trigga and Killa Benz, expect a big, bashy, grimey affair.

Tickets can be purchased online NOW at www.mintfestival.co.uk.