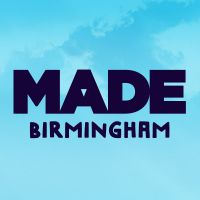 With only 3 weeks to go and the hot summer weather well and truly here Made Birmingham announce after parties – Made… My Night – More details TBC!

Returning to The Digbeth Triangle for 2015, MADE Birmingham debuted last year to huge success, being nominated for Best Metropolitan Festival in the UK Festival Awards. With an already stellar programme of both live music and DJ performances confirmed for Saturday 25th July – including a headline set from MK who described the event as having "Such an organic vibe to it, I sometimes wish that more promoters from the US would come here to experience what a great time it is” as well music from Wilkinson, Claude VonStroke, Heidi, Julio Bashmore, Beardyman, David Rodigan and Norman Jay – the festival is proud to reveal that a second day (Sunday 26th July) will be added with food host, the multi award winning, Digbeth Dining Club as well as further additions to the lineup including local hero, Low Steppa and rising house duo 99 Souls.

Presenting MADE Birmingham's second day; a celebration of food, beverage and artistic talent from the Midlands and beyond. Digbeth Dining Club, award winning street food event which has revolutionised the scene in Birmingham, returns to host the food programming on the day whilst a selection of independent breweries, distilleries, street art from Digbeth's City of Colours, live music, spoken word, retro gaming, and more will be on offer. Proceeds will go to local charities.

Tickets are available at http://www.madebirmingham.com