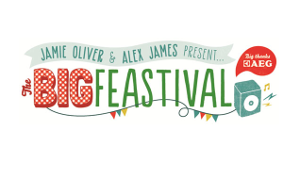 On the music bill, The Big Feastival welcomes Groove Armada (DJ Set), to headline the main stage on Friday 28. Fresh from winning Best British Female at the BRIT Awards last week, iconic songstress Paloma Faith will bring the weekend to a close on Sunday 30 August.  With the Saturday Special Guest Headliners still to be revealed, this year’s festival is set to be the best yet.

Also on the bill and making her debut at The Big Feastival this year is popstar Ella Eyre, the voice of massive hit singles “Waiting All Night” and “Gravity”. Legendary hip-hop star and DJ, Grandmaster Flash will also make his first Feastival appearance alongside festival favourites The Cuban Brothers, much-loved DJ Norman Jay MBE and beat boxers Duke, all announced to perform across the weekend.

Groove Armada said: "The second most important thing for us when we're planning a gig, with the first being music, is where we're gonna have dinner. So on that basis this show is properly gonna go off, gourmet Groove armada style."

Brand new to The Big Feastival for 2015 is the Healthy Living Zone, dedicated to the art of healthy eating and wellbeing. Health food pioneers Deliciously Ella, Livia’s Kitchen (Olivia Wallenberg), Melissa and Jasmine Hemsley will head up a specially curated programme of events. Festival-goers will be invited to recharge their batteries with fresh festival fare from the Health Hub, serving everything from freshly pressed juices to sushi.  The Kitchen Counter will feature talks and tutorials while The Action Station will re-energise even the sleepiest of heads.

To feed the foodies, the ever-popular Street Food Alley returns to the festival with the best of British street food.  Visitors are invited to sip, sample and shopThe Producers Markets, cook up a storm in The AEG Cooking Club and get behind the grill with the all new Weber Grill Academy On Tour.   We are delighted to have the Birra Moretti Experience providing that ever needed drop of refreshment, and with pop up dining experiences still to be announced, there will be something on the menu for everyone.

The Big Feastival boasts an enviable line-up of children’s entertainment across the weekend including Adam Henson’s Cotswold Farm Park, Little Dudes’ Den, The Big Top, The Village Green Games and the iconic Vintage Fairground.  The full programme of fun and games and this year’s Very Special Guests will be announced soon!

"I can't quite believe we're headed for our fourth year at Alex James' farm – Feastival just keeps getting better every year. It's already got an incredible line up for music fans and foodies, and I know that we'll only add to it over the next few weeks. As usual, I can't wait!"

I’m excited to have everyone back to the farm. Three days of great music and delicious food, plus plenty of fun for the kids, it’s the perfect bank holiday weekend. And this year is set to be the best yet.”