Home > Festivals > James Bay, Jack Garratt and more for Barn on the Farm 2015 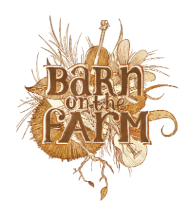 FacebookTweet
Award winning Barn on the Farm returns with another show stopping line-up and additional third stage for what is set to be a stellar 2015. Today BOTF announces Brits Critics Choice winner, James Bay for his first ever worldwide and UK only headline festival performance. Also unveiled is Zane Lowe’s Future 15, Jack Garratt, highly tipped Rhodes and headlining the new stage, Nottingham five piece Amber Run. Artists also announced include, Foy Vance, Nothing But Thieves, JP Cooper, Alex Vargas, Chasing Grace, Flo Morrissey, Port Isla, Freddie Dickson & The Guard, The Academic, Osca and Louis Berry. BOTF continually delivers paramount artists to its cosy 1,500 capacity for one of the UK’s most intimate and true independent music festivals. Tickets start at £100 for Saturday and Sunday only.  For more information please visitwww.barnonthefarm.co.uk
Heavily renowned for a carefully tailored line-up predicting future success, BOTF once again displays some of the finest emerging and established folk, rock and indie. Revealed as the Saturday night headliner, Brit award winning James Bay will play his first ever worldwide and UK only festival headline performance. Following his critically acclaimed track, ‘hold back the river’ and heavily anticipated first album, it's already been an extremly exciting 2015 for James who mentions that,"Barn On The Farm has quickly become one of my favourites. An intimate festival, but with a crowd that always makes it feel massive!”
The announcment today also sees the multi-talented and frequently featured as one to watch, Jack Garratt who will bring his outstanding one man show to the farm, also the ever so mysterious Rhodes and soft folk-rock Amber Run, who will headline the new stage after their sell out tour. BOTF are extremly excited to announce Essex’s finest five piece, Nothing But Thieves who have been gaining huge respect after thier latest release, 'ban all the music'that has been working itself up the Radio One playlist, additionally the sensational Foy Vancewill headline the Wooden Barn Stage plus in true BOTF style, newbies but increasingly talked about Port Isla and Osca are set to impress.

Completing the first announcement are JP Cooper, Chasing Grace, Alex Vargas, Flo Morrissey, Freddie Dickson & The Guard, The Academic and Louis Berry plus many many more. There will also be an exceptionally special guest to headline Friday night that will only be revealed on the evening to limited full weekend ticket holders.

With music at the heart of the festival 2015 is set to be another exciting year at BOTF that over the years has seen some of the biggest names including Ed Sheeran, Ben Howard, Bastile and Catfish and the Bottlemen all play at the farm. Set in the beautiful Gloucestershire countryside BOTF is the perfect setting for a weekend full of supreme performances from some of the most exciting up and coming artists.