Boardmasters 2015 has confirmed its first wave of acts that will perform at the festival this summer. Joining headliners Bastille and Rudimental will be Clean Bandit, De La Soul Live, Duke Dumont, Nick Mulvey, Lower Than Atlantis, Reef, MNEK, Sunset Sons, DJ EZ and The Darkness.

Making their Boardmasters debut, Clean Bandit make a very exciting addition to the festival’s line up this year and will be sure to wow the crowd with hits including 2014 anthem and #1 single 'Rather Be’. Fresh from celebrating their 25th anniversary, American hip-hop trio De La Soul will also be bringing the party to Cornwall this summer with their high energy live performance. DJ Duke Dumont joins the bill alongside teenage wonder-kid MNEK. The pair co-wrote Dumont’s hugely successful and Grammy nominated single ‘Need U (100%)’ featuring A*M*E*. Re-reformed Brit Award winners and glam rockers The Darkness will also be appearing at the festival as will singer songwriter and Mercury Prize nominee Nick Mulvey. Completing the first wave of acts announced today is rockers Lower Than Atlantisand Reef, Cornwall favourites Sunset Sons and garage music’s DJ EZ. 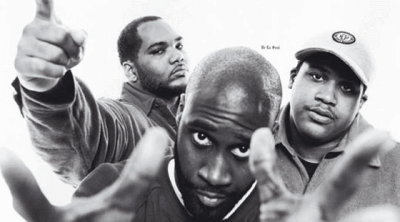 Cornwall’s own surf and music festival welcomes festivalgoers to enjoy five days of thrilling surf competition at Fistral Beach as well as a weekend of explosive live music on the stunning headland, Watergate Bay.  New for 2015, Boardmasters camping at Watergate Bay has now been extended and will open from Wednesday 5 August, meaning surf fans, beach bunnies and music lovers won’t have to miss a single day of the festival. Those looking for the ultimate Boardmasters experience should purchase the new bumper ticket package – the ‘Charger’ ticket, which includes everything from bus pass to parking, VIP camping, Beach Session gigs, After Parties and a Boardmasters t-shirt and tote bag!