FacebookTweet
Soundwave Croatia, one of Europe's most friendly and intimate festivals, returns for it's 7th year and announces the addition of a developed live art and film programme to it's eclectic musical offering.
The second wave of musical acts to be announced include Detroit hip-hop group Slum Village, celebrated British producer and DJ Mr Scruff, one of the UK’s very finest voices Andreya Triana and 6 Music's Craig Charles, who'll bring the best in funk & soul.

The new names join those already announced for the festival, including British soul singers Alice Russell & Fatima, drum & bass legends LTJ Bukem and DJ Marky, the legendary Channel One Soundsystem, one of the world’s most respected selectors Alexander Nut and the man that brought the soul to dubstep, one half of Digital Mystikz, and the Deep Medi boss, the inimitable Mala.

Also newly announced, is the five route Run to the Sun party tours, a collection of small, intimate parties across Europe in the lead up to the festival, calling at cities including Berlin, Paris, Krakow, Amsterdam, and Budapest. The parties are completely free to attend and all start off on the 3rd or 4th of August, ending in Croatia on 6th August. 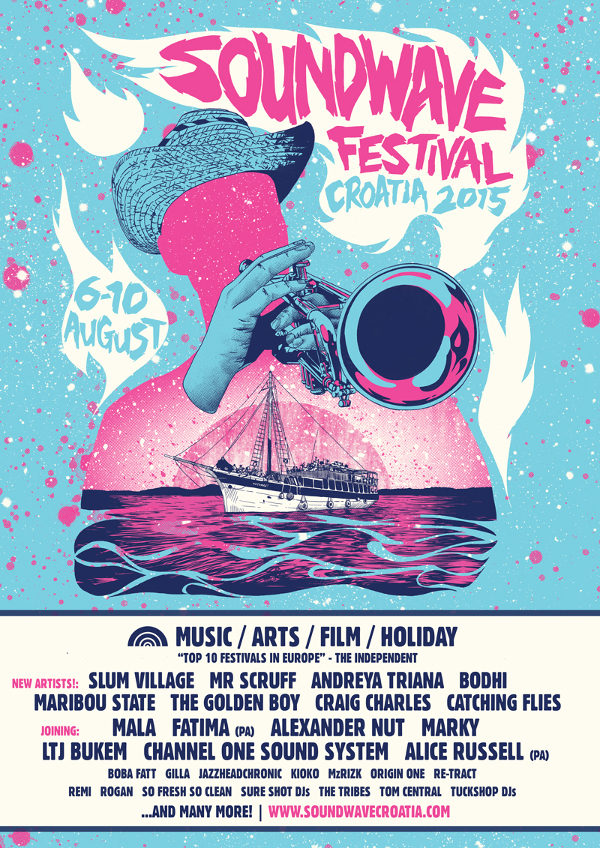