Returning to Zrce Beach on the island of Pag for its fourth outing, Croatia's only exclusively Hip-Hop and R&B festival Fresh Island has announced Joey Bada$$, Danny Brown and Tinashe as the first big names for 2015. Taking place 15th – 17th July Fresh Island will once again host performances from some of the most revered names in the world of Hip-Hop and R&B alongside new talent, MCs and DJs.

Fresh Island headliner Joey Bada$$ celebrates not only the release of his highly anticipated debut album B4.DA.$$ today, but also his birthday and is set to have a momentus year in 2015. At just 20, the Pro-Era founder has stormed to critical acclaim after his debut mixtape 1999 three years ago and will be bringing his formidable live performance to the Fresh Island stage in July. Joining him will be Danny Brown who will no doubt also have crowds roaring from his infectious energy. Gaining widespread attention in 2010 with his debut album The Hybrid (after several widely received mixtapes) Danny Brown is arguably the most unique name in Hip-Hop, working with some of the most innovative names across the musical spectrum from A$AP Rocky, Ghostface Killah and Action Bronson to Rustie, Purity Ring and A-Trak. Rounding off the headliners and adding some R&B to the mix is Tinashe. The LA singer/songwriter rose to prominence in 2012 with the release of her debut mixtape In Case We Die and has since then become one of the most respected artists in the genre, working with Ryan Hemsworth, DJ Mustard and Clams Casino. 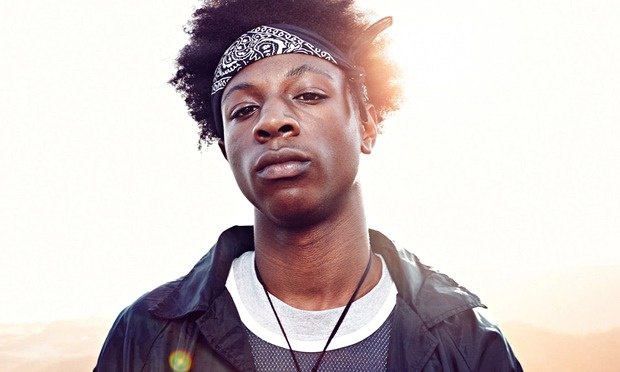 Other big names to hit the Fresh Island stages include Drake and R Kelly collaborator Migos, Godfather of Grime Skepta and Laudz & DJ Zegon of Tropkillaz. Dedicated to embracing the worldwide culture of Hip-Hop Fresh Island will bring some of the most innovative turntablists and DJs to the island of Pag including Action Bronson collaborator Statik Selektah and KISS FM resident Shortee Blitz as well asteaming up with world renowned dance teachers for Adria Dance Camp (www.adriadancecamp.eu). Heavyweight UK brands Shorebitch, Faded and Forever Croatia will also be on hand to host special pre-parties to get revellers ready for the main event.