The seven time Grammy-nominated Iowa nine have become one of the most iconic live acts in the musical world thanks to their extraordinary musicianship and dramatic, instantly recognisable aesthetic. Frontman Corey Taylor adds:

Being invited back to Download always feels like coming home. Headlining Download, for the 3rd time, feels like the culmination of a life's dream. It's an honor, a privilege and we're all looking forward to it. 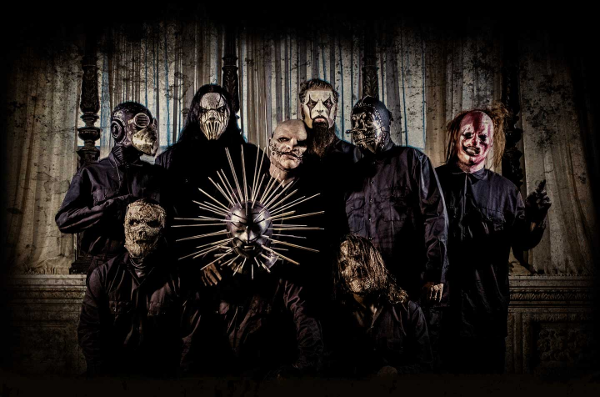 Main support comes from locally-bred Metal Gods Judas Priest. The Birmingham rockers played the first Monsters of Rock in 1980 and come to Download for a second time, having previously played in 2008.

Priest are ecstatic at the prospect of renewing their longstanding acquaintance with Donington:

35 years ago Judas Priest took the stage for the first Monsters of Rock at Castle Donington!

We are thrilled to be performing at Download 2015 as the band continues its 40th anniversary 'Redeemer of Souls' World Tour that brings us home to see and hear the roar of our #priestfamily.

Getting the opportunity to not only return to one of our favourite festivals, but to come back as headliners of the 2nd stage, for the 2nd time is just UNREAL!  After the recent tour we just finished in the UK, we didn't know how to come back in a bad ass way and thanks to our friends at Download and the fans who keep us going, we'll be back to rock your ass and give you the best show we can!  Thank you all for this opportunity. We love you and we'll see ya in June!

Marauding alt-metallers Five Finger Death Punch also add their musical muscle to the line-up, coming to Donington for the first time since the release of last year’s blockbuster two-parter, The Wrong Side of Heaven and the Righteous Side of Hell.

Playing Download Festival is always a highlight for us as it is a bona fide global Rock n' Roll destination everyone travels to and brings their A game to….Both the bands AND the audience. You rarely see crazy crowds like this. In fact, it is vividly etched into our memories since it was the place where we may have broken the record for biggest crowd surfing in recorded history.  I think the migration of Atlantic salmon took second place.