Global superstar and seven-time Grammy Award winner Taylor Swift is the first headliner announced for Barclaycard presents British Summer Time Hyde Park 2015. The most talked about artist in the world, Taylor will take to the Great Oak Stage in London’s iconic Hyde Park on Saturday 27 June. Tickets are on general sale 9am on Monday 10 November.

‘1989’ is Taylor’s fifth studio album, inspired by the bold sounds of the 80’s, which debuted at no. 1 in the UK’s official album charts and across 95 countries worldwide on iTunes. Taylor’s infectious first single, ‘Shake It Off’, peaked at No.1 in the UK on iTunes, spending three consecutive weeks at No. 1 on the radio airplay charts, ten consecutive weeks in the top 10 of the official singles chart and is nearing platinum certification. 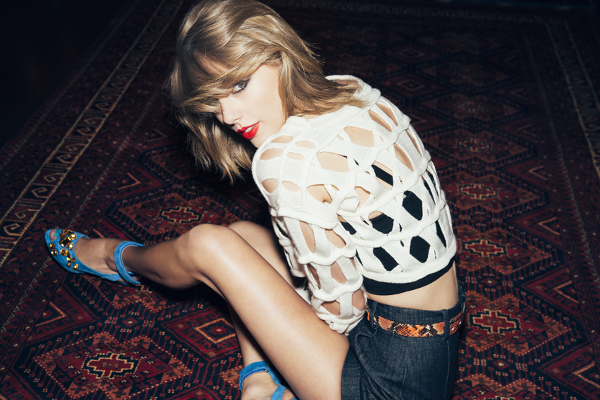 Taylor Swift, is the essential pop star headlining the essential event of 2015. Her critically acclaimed sell out 2014 RED tour saw her play five sold out shows at London’s The O2. With career record sales in excess of 30 million albums and almost 80 million song downloads, she is the only female artist in music history (and just the fourth artist ever) to twice have an album (2010's Speak Now and 2012's RED) hit the 1 million plus first-week sales figure in the US. Taylor's album ‘RED’, released two years ago on Big Machine Records/Virgin EMI, has sold more than 6 million copies worldwide to date, including over half a million copies in the UK where it debuted at No. 1 on the official album charts, and more than 1.2 million copies in the U.S. in its first week (where it scored the highest first-week sales debut of any album in over a decade).

As the London date on her global tour, Taylor joins an illustrious group of headliners who have made Barclaycard presents British Summer Time Hyde Park the best music experience of the summer. With a stellar line up of exciting artists to be announced soon as part of the event, Taylor’s show on Saturday 27 June is set to be an unmissable day out!

"It is an absolute honour for AEG to announce Taylor Swift as our first headliner for 2015. As one of the World's biggest artists and one who never fails to deliver incredible live experiences for her fans, Taylor Swift performing on Hyde Park's Great Oak Stage will be a highlight of 2015 and we couldn't be more excited to welcome her back to London.”

Liz Mullins Director of Events at The Royal Parks, said:

“Since it began in 2013 Barclaycard presents British Summer Time Hyde Park has become a firm favourite in the events calendar, bringing a diverse range of entertainment and the world’s biggest artists to this iconic park. From The Rolling Stones to Black Sabbath, Lionel Richie to Tom Jones, comedy nights and family days there has been something for everyone. We are looking forward to working with our partners AEG Live to once again bring this truly unique event to Hyde Park.”