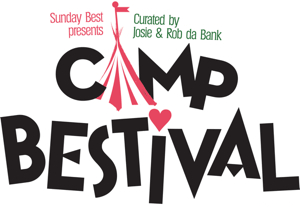 For the first time ever Camp Bestival is very excited to present The Den, an amazing new area dedicated solely to 13 – 17 yr olds. It’s a micro-festival within a festival – showcasing new and emerging talent; from artists to DJs, comedians to authors, talks to techno and much more. Created in conjunction with The Roundhouse, and sitting alongside Rob da Bank’s Music Club, it’s the first area of its kind curated by a team of young festival producers. 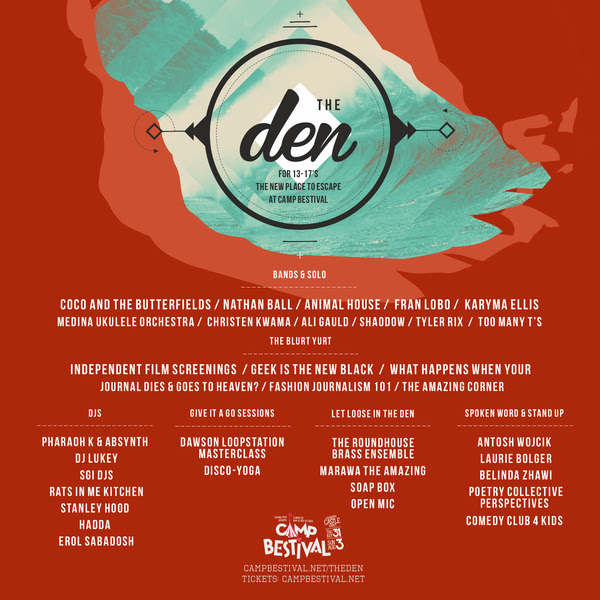 Andy Robb, author, actor and all round hero will be talking about his novel, Geekhood, and The Den is lucky enough to be playing host to an award winning selection of Roundhouse Associate Artists including Poetry Slam winner Antosh Wojcik. If you want to hear about Fashion journalism from the Editor in Chief of The Cool Fashion, see 21 Ukuleles play simultaneously or try Yoga with a disco twist, then you’re in luck because The Den’s playing host to a range of bizarre and wonderful things!

The Den’s curators have hand-picked some of the best bits of The Guardian Literary Institute, and special guests from around the festival exclusively for 13-17s. To top all that The Amazing Corner will be spreading their positivity over the area; screening films, performing main stage takeovers and hosting open mic performances. And, if that’s not enough, there’s the 10-piece Roundhouse brass band thrown in for good measure.

But don’t just take our word for it, if you want the 411 on everything that’s in store before you head down to Camp Bestival, The Den has its own Facebook page and Twitter; you know what to do – like and follow for all the action.

And when you get to Camp Bestival, head over to The Den to lose yourself in new music and try something life changing…who knows, you could be on the line-up next year!