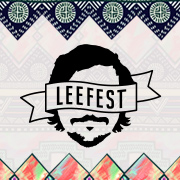 Organisers have announced that this year’s LeeFest looks set to be the first sell out in the festival’s 9-year history and with just over a week to go it’s gearing up to be the biggest year yet.

The homegrown festival, run by Lee Denny and a team of young volunteers, was rebelliously founded in his back garden in Bromley, South London in 2006 whilst his parents were away on holiday.

Soon to celebrate its 9th Birthday, LeeFest has since been named ‘Best Independent Festival’ by The Association of Independent Music (2012) and ‘Best Grass Roots Festival’ 2009 UK Festival Awards. The non-profit festival is also gaining a reputation for its musical discoveries, having previously hosted breakthrough acts such as Bastille, London Grammar, Clean Bandit and Public Service Broadcasting.

The festival keeps strongly to its independent roots and provides opportunities for local musical talent, as well as opportunities to be a part of the organisational team during the live event. This anticipated sell out is a sign of success for all of the hundreds of crew and volunteers involved