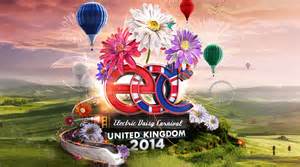 Organisers of electronic dance music festival Electric Daisy Carnival, have announced that that the action will now take place over just one day.

The event which is being held at Milton Keynes Bowl will now take place on just Saturday 12 July, following a statement from EDC.

The statement read: “It is with deep regret that due to logistical issues beyond our control, the 2nd day (Sunday 13th July) of EDC UK has been cancelled.

“Fans who purchased Sunday Day tickets or Weekend tickets will be contacted by their ticket agent by email and offered the choice of a refund or to swap for an additional ticket for the event on Saturday 12th July.”

The cancellation however means that a number of acts who were due to be performing on the Sunday will not be appearing, including; Fatboy Slim, Gorgon City, Shift K3Y and Dillon Francis.

The full amended line-up can be found here: