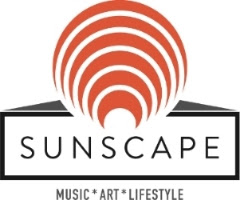 Set in amongst the beautiful surroundings of the isle of Gozo-Malta, Sunscape today unveil over 20 new acts who represent some of the most infamous names in electronic music. As one of the most revered and iconic clubs of all time, Watergate will make its way to the shores of Gozo for a rare opportunity to see the likes of Marco Resmann, La Fleur and Lee Jones outside of their Berlin home. Having recently been inaugurated into the illustrious Resident Advisor podcast series, Dana Ruh plays alongside Ilario Alicante and already announced Pig & Dan under the Cocoon Records banner. While Mobilee Showcase includes Lee Van Dowksi and Dean Demanuele, and Valentino Kanzyani of Cadenza will perform at the week-long celebrations. The festival opens its doors to an intimate crowd of 3000 like-minded revellers from 3-10 September and have announced yet more exciting adventures taking including Why Not? Dome's eclectic and empowering workshop programme featuring drum lessons, fire dancing, astrology, permaculture and conscious living, whilst also playing host to an Electroswing Day Festival, Full Moon Party and fire dancing tournament making it an incredible finale to the summer.

As one of Europe's most famous clubs, Berlin's Watergate has welcomed through it's doors some of the biggest names in house and techno and is appropriately recognised as the home of modern house music with an unchallengeable reputation. Featuring a mix of residents past and present, the showcase will firstly welcome Berlin native Marco Resmann, a regular fixture of the city's club scene for over 20 years. As head honcho of Power Plant Records, La Fleur blurs the line between soulful house, techno and electronica, and will take to the decks under the Watergate banner alongside Aus Music's Lee Jones.

When it comes to electronic music there are few names bigger than Cocoon. Since it's creation by the legendary Sven Vath at the turn of the millennium, Cocoon has grown to become a haven for electronic music the world over. Taking their residency on the Mediterranean isle, Sunscape welcome three of the biggest acts ever to adopt the Cocoon name. Joining the previously announced electro-duo Pig & Dan, Ilario Alicante will perform having achieved great success with his first track 'Vacaciones En Chile' and gaining the attentions of Richie Hawtin and Ricardo Villalobos, he has grown to become one of the most in-demand producers and label figureheads in electronic music. Dana Ruh, who has seen releases on Ostgut Ton as well as her own Brouqade imprint, will also take to the stage for what will be one of the most memorable events of the summer.

While Sunscape delivers one of the most exciting line-ups of the summer, the festival will also host yet more activities taking place over the week-long celebration. Catering for every kind of adventurer the Why Not? Dome programme presents a number of eclectic and empowering workshops, talks and meditations throughout the festival. Fresh, invigorating and transformative, the programme is designed to inform and host a wealth of ideas that aims to change the way people think. Topics include astrology, sound & energy healing, conscious living, working with energy, permaculture, scuba Diving in the Med and much more.

In addition Sunscape unveils an Electroswing Day Festival, a dedicated Fire dancing tournament, Fire jamming and an infamous Full Moon Party celebration for revellers to enjoy. More than just a music festival, the programme ambitions are to provide a truly one-off and unique experience that captures the mystical island of Gozo in all its glory.

Adding to line-up will be Defected Records regular Noir, who will be performing alongside Sankeys resident The Element, Loco Dice heralded Camiel Daamen and Mobilee Music's Dean Demanuele. As founder of Zombie Soundsystem, Shane Watcha brings his unique style to the Mediterranean while Cesare vs Disorder showcases his new side-project 'Azimute' at the festival, which is becoming a hot ticket  for music fans across the globe.