As one of the best live acts in the world, the million-selling Grammy-winning Arcade Fire’s latest album Reflektor topped the charts in the UK and North America and reached #1 in the iTunes charts in 40 countries.

Arcade Fire are renowned for creating an immersive live experience with the help of their audience. Costume and formal attire is optional and encouraged at every show. The carnival atmosphere is heightened by Haitian percussionists and a string section, while special guest appearances along the Reflektor tour have included Debbie Harry and Beck – and filming of new video ‘We Exist’ saw Spiderman Andrew Garfield join the band onstage at the Coachella Festival in California. 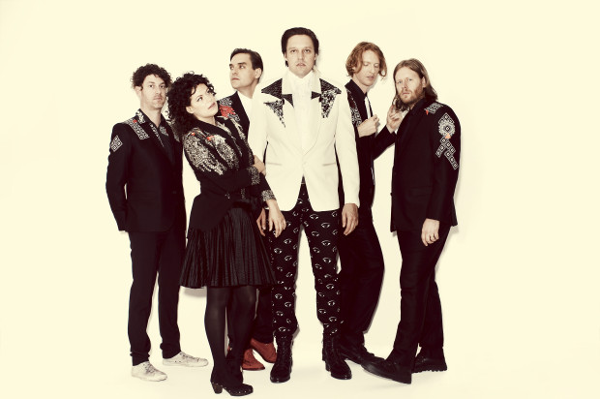 Fresh from releasing their critically acclaimed Top 10 album ‘Present Tense’ Wild Beasts will be hitting the Hyde Park stage this July. Shortly after this, the band will be off to play shows in the USA, Canada and Australia, so be sure to catch their melodic rock anthems on home soil this summer

Synthpop heroes Future Islands were born to grace the stage at Hyde Park. Forming in 2006 in Baltimore, USA, they rose to prominence in March this year with a landmark performance on The Late Show with David Letterman with their seminal track ‘Seasons (Waiting On You)’. London’s Hyde Park is set to fall in love with the breakthrough success of 2014!

Barclaycard presale tickets available from 9am Monday 19th May: http://www.barclaycardunwind.com

BST/AEG presale: 9am Wednesday 21st May

GENERAL ON-SALE: 9am Friday 23rd May