The 2014 edition of SW4 continues to grow with even more acts announced today.  The Summer Festival Guide can reveal who else joins the lineup today.

As one of the greatest DJs of modern times, Loco Dice joins us at SW4 this summer for his exclusive London festival play of 2014 and at the very pinnacle of his career. His upcoming ‘Used + Abused’ event at Brixton Academy sold out weeks in advance and with SW4 representing his final appearance in the Capital this year, his addition to the lineup will only add to the clamour for tickets. Dice is no stranger to Clapham Common of course. His back-to-back set with Carl Cox last August provided one of the key moments of our 10th Anniversary and in 2014 Dice will be pulling out all the stops to top thisphenomenal effort. This summer will also see Dice sharpen his skills at many of the world’s leading festivals including Sonar, Tomorrowland, Kazantip and Movement, before he closes the season in style with a hugely powerful performance at SW4. If there was ever a time to see one of the most excitingand in-demand DJs on the planet, this is it. 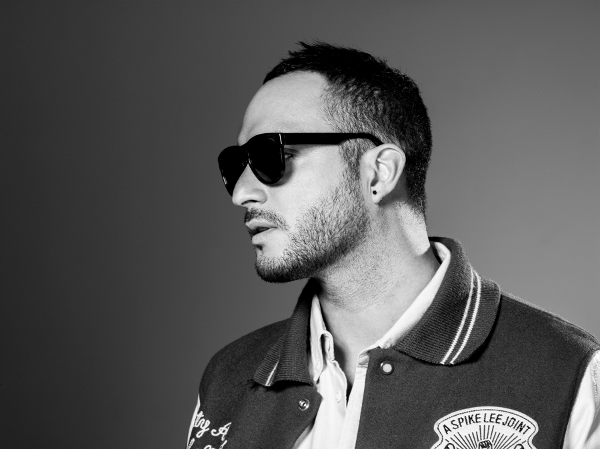 In 2014 Josh Wink’s seminal label Ovum Recordings reaches the two decade mark. A series of parties across the globe will celebrate this achievement, but when it comes to London Josh has chosen SW4 to commemorate this milestone. His set at the festival will include many of the standout tracks that have gone onto define his imprint over the past twenty years and build a reputation alongside dance music’s most illustrious. As for Josh SW4 2014 represents a very welcome return for one of the finest DJs we have been lucky enough to bring you. An incredible performance back in 2011 was amongst the best of the weekend and with 2014 holding even greater significance we expect something very special from this iconic figure.

The intricate, electronic soundscapes of Henry Saiz have been on our radar for some time now, mainly because of his forward thinking, beautifully layered DJ sets for The Gallery at Ministry of Sound. His deep, yet melodic bass combined with hypnotic riffs and surging breakdowns can transform any room, arena or stage into an intense cauldron of sound, with this the predicted outcome of his performance at South West Four. Having showcased his superb live show to a capacity crowd at Shoreditch’s Village Undeground last year, Henry brings it to SW4 for the first time on Saturday 23rd August. Anexploration into melodic-hypnotic house, analogue techno and retro-futuristic pop, Henry Saiz Live will immerse us into his interpretation of electronica and entice dance music aficionados to Clapham Common from all over.

Another key artist from the Desolat family joining us at SW4 2014 is Robert Dietz. Having cut his teeth on the Frankfurt scene alongside the likes of Sven Väth, Ricardo Villalobos and Luciano, Robert’s sound captures the celebratory spirit of old-fashioned club music, joining it with sleek, 21st century vibes. 2014 has seen Robert’s relentless touring schedule continue with appearances at Time Warp (Mannheim), Output (New York), Spybar (Chicago) and Robert Johnson (Frankfurt), plus upcoming gigs at many more of the world’s leading nightclubs and festivals. This will be Robert’s SW4 debut and as his productions continue to include the vital ingredients needed to make a dancefloor explode, we know he will go down a storm.