FacebookTweet
Handpicked by DJ and broadcaster Huw Stephens, The Lake Stage will be the first place festival goers can see the stars of the future.  Previous artists who have graced the stage before going on to win awards or headline their own shows include BRITS Critic Choice winner 2014 Sam Smith, 2012’s Mercury Music Prize winners Alt-J, The 1975, Clean Bandits, Bombay Bicycle Club, Metronomy and more.

Making a grand entrance this year is the hit electronic duo Bondax, who first shot to fame in 2011 through an introduction from BBC Radio. The pair from Lancashire have since gone on to set up their own record label, Just Us Recordings, and grown in popularity with hits such as a cover of Blackstreet’s No Diggity and have toured around the world. They are set apart by the tempo of their tracks, significantly below current house music’s 125 beats per minute, but still with enough groove to make them sensual, get dancefloors packed and secure plays on Annie Mac. Likened to a “northern Disclosure” by The Guardian, they have supported other dance music greats such as Basement Jaxx. Bondax promise to be a hit at Latitude with their sun kissed tunes.

Catfish and the Bottlemen, from Llandudno, Wales, have an old school take on indie rock playing loud & explosive guitar laden riffs, that have led to comparisons including Feeder & Foo Fighters, while their single Rango being chosen for Zane Lowe’s Top 100 of 2013. Still relatively unknown, but well on their way to super rock stardom following B List support from BBC Radio 1 for their single Kathleen, their performance at the festival will be one to see in an intimate setting whilst you still have the chance.

Talented virtuoso Luke Sital Singh, will headline the stage on the Sunday of Latitude. Compared to the likes of Bon Iver and Damien Rice, Luke is a rising star and received early support from BBC Radio 1, BBC Radio 6 Music and XFM. Having played a sold-out series of headline shows across London he released his third EP Tornados towards the end of 2013 and has featured in the iTunes singer-songwriter charts and The Guardian’s ‘New Band of the Day’. 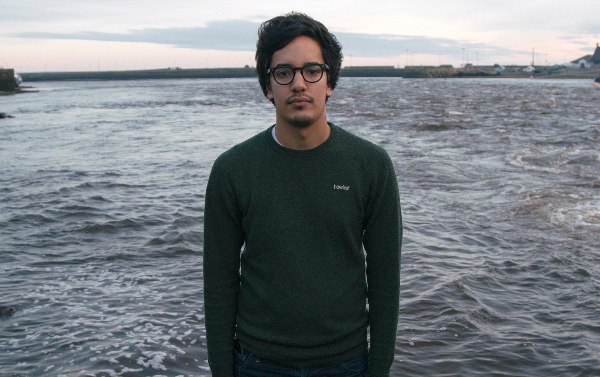 Also on The Lake Stage will be Cate Le Bon who wowed Latitude with her stunning performance in 2012. She returns with her unforgettable haunting voice, twinned with a unique folk rock style, following the release of her 2013 albumTurnstile. Joining Cate will be the minimalist music of Sumie – the younger sister of front man Yukimi for the Swedish synth pop band Little Dragon, Sumie makes delicate, dreamlike folk with a similar unpolished, outsider feel to the loner folk of early '70s artists Sibylle Baier and Linda Perhacs.

Following the release of his debut album Days in the City this January, Only Real mixes hip-hop influences with London city tales against a 90’s pop backdrop and has been described as having “delightful languor and piercing lyrical turns”,Loud & Quiet. After much duly deserved attention from the release of his first LP in 2013, Latitude is thrilled to welcome talented producer and songsmith Oliver Wilde. Wilde’s electronic downer-pop music will soothe listeners in to a blissful hazy trance this summer.

Making their Latitude debut is the South East garage punk duo Slaves. Unlike many British punk bands, these boys don’t sway towards American themes of punk, but stick to their Kentish roots, evident in their charged performances. Also joining the 2014 line-up for The Lake Stage are The Bohicas, a quartet from Essex and East London and makers of arresting indie rock 'n' roll. Forecast to be one of the major live acts this summer, these lads have serious stage presence and are guaranteed to deliver an epic performance.

Latitude is pleased to welcome newcomers Circa Waves to this year’s festival circuit, their rendition of up-beat garage-rock is a revival of the early-Noughties. Originating from Liverpool and less than a year old, Circa Waves have already been tipped by BBC Radio 1 DJ Zane Lowe with their single Get Away, which was praised as one of his hottest records in the world.

Latitude is proud to announce the North Dakota-based band Gengahr (formally known as RES) will be performing at this year’s festival. Following a string of new releases the up-and-coming band will get crowds going with their own easy-listening brand of indie-rock music. Festival goers can expect a sweaty, fun-filled extravaganza from Manchester bandSpring King, whose raw version of garage-rock revival bands is reminiscent of that covetable untamed youth. Their debut album In All This Murk And Dirt is a talented home production of tracks performed and recorded in a day, making them a real musical gem. Four-piece Woman’s Hour consists of siblings Fiona on lead vocals and William on guitar, along with bandmates Nick and Josh. Described by The Guardian’s New band of The Day as “singing about the enervating aspects of love in a soft, sighing way over…modern indie styles.” They are currently touring Europe with Metronomy, and their bring their debut album Conversations to Latitude just days after its release.

The Lake Stage is proud to showcase a plethora of emerging talent this year. Making her debut on a major UK festival stage this year is the super talented 16 year-old SOAK  from Derry, Ireland who has already been cited as ‘one to watch’ by The Guardian. Gracing the stage this year will be the soulful Elli Ingram whose ambient sounds accentuate her creativity as one of the most contemporary and eclectic artists around. Soul singer, Moko joins the bill with her original blend of soul, house and gospel. Both Moko and Elli are renowned for their work supporting and collaborating with on the famous duo Chase & Status. Also making her first appearance at a major UK festival is London resident from New York, Norma Jean Martine, replete with The Black Keys-like woo’s and a vocal talent and mystique reminiscent of Amy Winehouse, Norma will be one of many shining gems at the festival.
FacebookTweet