The Summer Festival Guide can reveal the third headliner announced for this years Lake District's Kendal Calling festival is none other than pop star and show man Example.

Bringing his energetic show to the stunning surrounds of the Lake District, Example will perform his massive hits such as ‘Changed The Way You Kissed Me’, ‘Kids Again’, ‘Kickstarts’, ‘Stay Awake’, ‘Won’t Go Quietly’, ‘Say Nothing’ and ‘All The Wrong Places’, the lead single from his new album ‘Live Life Living’ which will be released in June.  Example’s live shows are joyous affairs and this crowd pleasing set of sing-along anthems set to a crescendo of fireworks will live long in the memory. 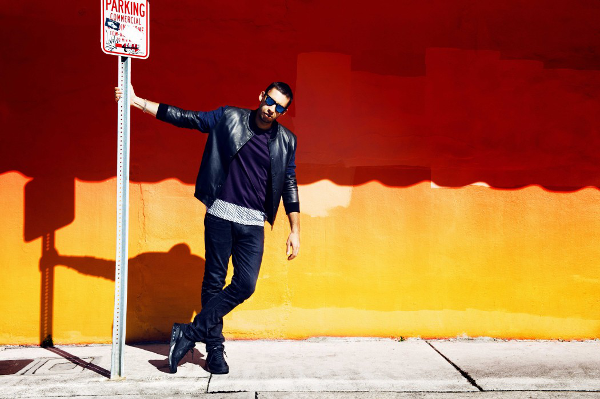 Augustines are undoubtedly one of the best recording and live acts around, a band who have always been able to tap into the raw emotion of their personal experiences and channel it into cathartic, teary eyed but smiling, booze beaten rock and roll.  The band have just released their second, self titled album and with honest, passionate emotion dripping from every chord and lyric, this is a band who somehow sound massive and instantly accessibly whilst betraying no cynicism or pomposity.  They are a fitting headliner for the Calling Out stage.
Example and Augustines join a huge line-up of acts including headliners Suede and Frank Turner And The Sleeping Souls and a veritable smorgasbord of incredible artists such as De La Soul, 2manydjs, Happy Mondays, Miles Kane, Zane Lowe, Clean Bandit, Frightened Rabbit, Jimi Goodwin, Gorgon City, Andy C, Bondax, Mr Scruff and many more.
FacebookTweet