The Blackout, Cerebral Ballzy, Three Trapped Tigers, Darlia, LOOM and Dancing Years have been added to the line-up for the 2000trees Festival, along with INME frontman Dave McPherson.

He will be performing a solo set and says he is looking forward to the award-winning event because it is a “10/10 every time”.

Festival headliners are yet to be revealed and organisers say excitement is building among fans, with ticket sales up on last year.

Dave McPherson said: “2000trees is more than a festival to me. Very fond personal memories aside, InMe & myself have always had the craziest fun shows there. I love the location, the interesting varied line-ups, the local produce (especially the ale) and most of all, the people that run it.

“It’s so obvious this is an extreme labour of love yet while being consummate professionals they're also a bunch of absolute welcoming sweethearts. I've played/attended most years since the debut, it is a 10/10 every time. Long live Trees!”

“We promise to bring a depth and variety of acts together that is better than ever before, giving people the chance to discover their new favourite bands in a fun, affordable and friendly environment.

“Early ticket sales reflect our commitment so everything is shaping up to be the best year yet, especially with the likes of Dave McPherson on board again, we love him!” 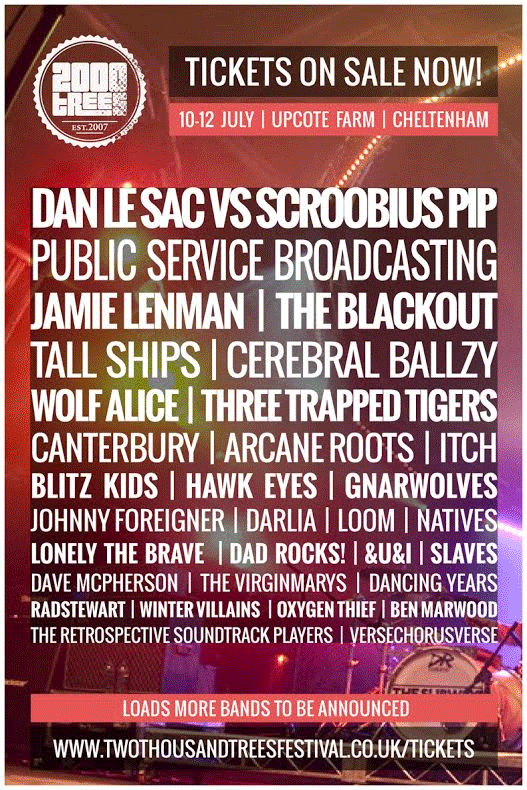