FacebookTweet
Wychwood Festival is thrilled to announce the second wave of artists for the monumental celebration of 10 wonderful years of the family, rock, indie, folk and world music festival. Feel-good folk act Newton Faulkner will be performing on Saturday’s main stage along with Colombian musicians La Chiva Gantiva, who wowed crowds at last year's Womad festival, while the closing festivities, courtesy of Gentleman’s Dub Club, will leave all on a dub and ska high. Esteemed London-based promoters Smashing Blouse will be revisiting the Big Top after a phenomenal 2013 with a line-up that boasts some of the most exciting new and respected musicians to grace the UK music scene this year, including Bipolar Sunshine, Glitches and returner Lloyd Yates. Further additions to the line up include a flurry of top notch comedians plus literary pioneers who are confirmed to be a part of this year's esteemed Children's Literature Festival.
Wychwood celebrates ten phenomenal years in 2014. This momentous milestone is being honoured with a second wave of outstanding artists, leading with singer and songwriter of chart hits ‘Dream Catch Me’ and ‘Gone in the Morning’, Newton Faulkner. Faulkner is the perfect addition to this year's programme bringing his classic sing-along anthems to the stage in what promises to be an unmissable Saturday performance. Newton comments, "I'm really excited to be playing at Wychwood Festival this summer, especially for the 10th Anniversary! They've had some great acts over the years so I'm really happy to be joining them".

Also added to the bill is Gentleman's Dub Club, an energetic nine-member ensemble who fuse the best in reggae, ska and dub to a create a completely unique sound of their own. La Chiva Gantiva will bring the sound of their roots to Wychwood with a Colombian flavour that will surely get crowds dancing, whilst festival circuit regular and dapper dresser Mr B The Gentleman Rhymer will delight fans with his own style of eloquent British rap. 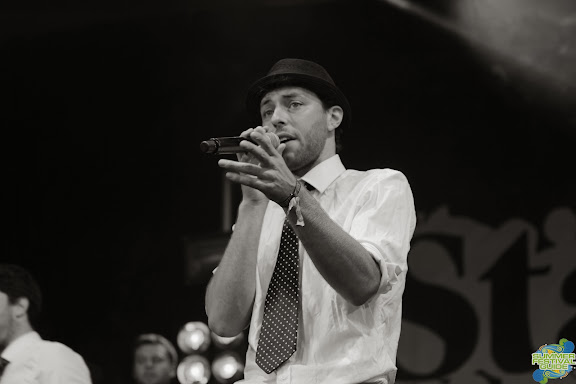 The Big Top is once again being curated by Smashing Blouse who will be setting the bar high with pioneering up-and-coming acts alongside some of the most inspiring and respected musicians. This year is no exception with Brit-nominated Bipolar Sunshine heading the charge, dark electro-indie bandGlitches and returning with a no doubt heartfelt emotional performance, Lloyd Yates. Sam Garrett andPhoria also join in what is set to be another incredible three days of unmissable music.

Wychwood Festival is proud to host the dedicated Children’s Literature Festival in association with Waterstones, which will this year see  the return of Philip Ardagh and award winning author Tony de Saulles to enlighten and thrill all ages . Zimbabwe-born Korky Paul and illustrator of ‘Winnie the Witch’, plus author and songwriter Karen Langtree, will also be bringing to life the written word and many more to be announced soon. In addition, the comedy programme in association with eFestivals reveals its first batch of comics, providing late-night hilarity with radio presenter and one time The Big Breakfast presenter, Paul Tonkinson, must see interactive comic Wed Zaharruk and self described one-liner merchant Gary Delaney.
FacebookTweet