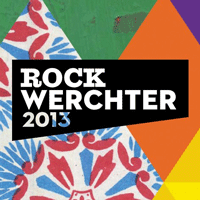 The first name for the Rock Werchter Festival (Belgium) has been confirmed. Metallica are playing on Thursday 3 July. On request. Because most of the set list will chosen by the fans.

Metallica are synonymous with metal. It’s the first name that springs to mind spontaneously. The American group have achieved so much. They brought metal into the mainstream and are already one of the best and most successful bands of all time. Metallica are currently starring in the 3D concert/film ‘Through The Never’ and will be working on the follow up to ‘Death Magnetic’ (2008) for most of 2014. In between all this, they are touring across the globe, so Rock Werchter was an essential stop. One reason is because 20 years ago Metallica played here for the first time – and they were the first metal band we’d had. They were spectacular in 1993 and will be again, this seventh time. And that’s because the fans are in charge. Everyone who buys a ticket will be asked to submit their favourite songs. No easy task because there are 10 albums, four live albums and almost 40 singles to choose from. Metallica, customised!