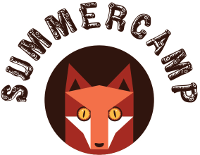 FacebookTweet
For their debut year, Summercamp will be opening up part of the festival to the public for free from 11:00am until 11:00pm on Saturday 24th and Sunday 25th August in Liverpool’s Baltic Triangle Area. Two stages of music and a bountiful street food market will be open for all to enjoy over what is set to be the city’s best bank holiday yet.
The Summercamp Street Food market will satiate every appetite this bank holiday whilst also acting as a showcase for the North West’s best street food talents. Feeding the masses will be Dirty Dogs, Fire & Salt BBQ, Streatza, The Moocher, Ginger’s Comfort Emporium, Tio's Snack Shack, Las Paelleras, Pancake Corner, Honest Crust and Can Cook. Thirst will be quenched thanks sponsors Thwaites, serving their best Wartiener and Kaltenberg brews.

The Johnny Sands and The Kazimier Krunk stages provide Summercamp’s alfresco music, so when guests are not eating they should certainly be dancing. The stages include Harlequin Dynamite Marching Band, Silent Cities and Hey Carrianne amongst many more.

A limited number of tickets for the full Summercamp experience will be available on the door starting at just £20. With a ticket guests can enjoy not only the outdoor activities but also a whole host of premium music, food, art, film and family fun inside host venue, Camp and Furnace.

Now added to the feasts on offer inside Summercamp is a menu from Michelin-starred chef Glynn Purrnell. A winner of ‘The Great British Menu’, Purrnell’s feast is the opportunity to add fine food to quality music and more for only £75 (including Summercamp day pass). Diners can expect Cured organic salmon, wasabi crumble, slow cooked Ox cheek and more.

Musically, Summercamp boasts Martha Wainwright, Ghostpoet, Mount Kimbie and many more including the latest addition of Artic Monkey-endorsed duo Royal Blood. Add to that an art programme from Liverpool Biennial and film as chosen by FACT and Summercamp shapes up as the best choice for August Bank Holiday weekend.
The Line-up so far