FacebookTweet
A 5000-strong crowd enjoyed Standon Calling’s first ever sell out event over the weekend of 2nd – 4th August 2013 in Hertfordshire. To celebrate the success Super Early Bird tickets to 2014’s festival are now on sale at only £85 for an adult/youth weekend pass via the Standon Calling website.
The festival’s most successful year to date saw performances across the spectrums of pop, indie, dance and hip-hop. Headliners Digitalism, Band Of Skulls and the legendary De La Soul crowned the mainstage, whilst the Big Top saw bill-topping turns from The Joy Formidable, DJ Yoda & Trans-Siberian Marching Band and AlunaGeorge. Elsewhere fans gathered for chart-toppers Bastille and the up-and-coming trio London Grammar. Night owls who flocked to the ‘Cowshed’ and Big Top stages in the small hours were in the safe hands of Nina Kraviz, Simian Mobile Disco, Gilles Peterson and many more. 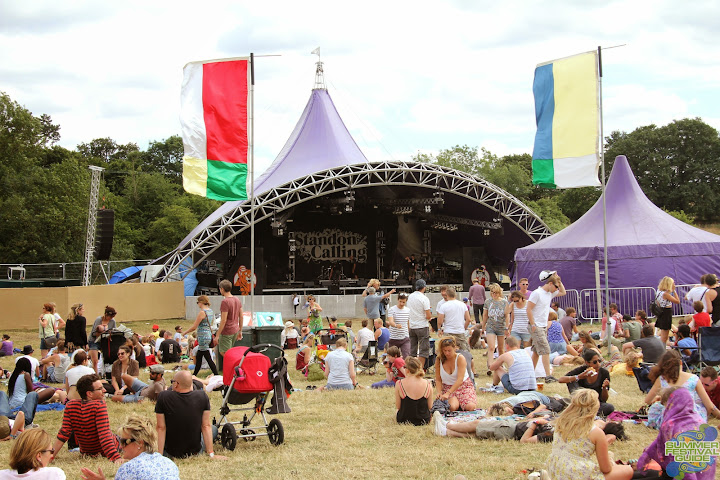 Elsewhere Gorilla Circus’ trapeze school ran sold out classes for hundreds on their outdoor rig and 30 people became part of the show themselves in Standon Calling People’s Circus.

2013 saw the first implementation of RFID wristbands and a completely cash free site. Speeding up bar service and improving safety for all the system was fault free throughout the weekend and used, without major issue, by all festival-goers over the weekend. Standon Calling’s RFID system was installed and managed by Glownet.

Those wishing to sign up early for next year’s event, taking place 1st – 3rd August 2014, can now do so at Super Early Bird price. For a very limited time tickets will be £85 for an adult/youth weekend pass (12+ years) and £10 for a child weekend pass (4-12 years), infants (0-3 years) will remain free when accompanied by an adult weekend ticket holder.

"Standon Calling 2013 was a huge success and the first time we've ever sold out the festival. We've received amazing feedback from festival-goers and a lot of enquiries from people asking when they can secure their 2014 tickets, so we've put them on sale earlier than planned. I want to thank everyone who made this year's festival what it was: the artists, production and art crews, local residents for their support as well as the security and Herts police who did a great job of getting the balance right to ensure that the festival went off with only two minor incidents."
FacebookTweet