This year’s festival season is well and truly rocking and there are just a few short weeks until the kids are on school holidays and we all head to Lulworth Castle on Dorset’s stunning Jurassic coast for our sixth Camp Bestival. From the 1st to the 4th of August we have a wonderland of festi-holiday shenanigans planned to kick off the summer holidays in style, including amazing music from the best new bands to 80s legends and 100s of things for kids to do from catching Camp Bestival colossus Mr Tumble and cheeky Castle stage hosts Dick n Dom, to petting the pre-historic creatures from Erth’s Dinosaur Zoo and joining in the workshops at the brilliant new Dance Space.

Due to popular local demand from the brilliantly supportive people of Dorset we once again have a very limited number of day tickets on sale now and we’re revealing the day by day line-ups, so you can plan ahead and get the most of your festi-holiday fun. 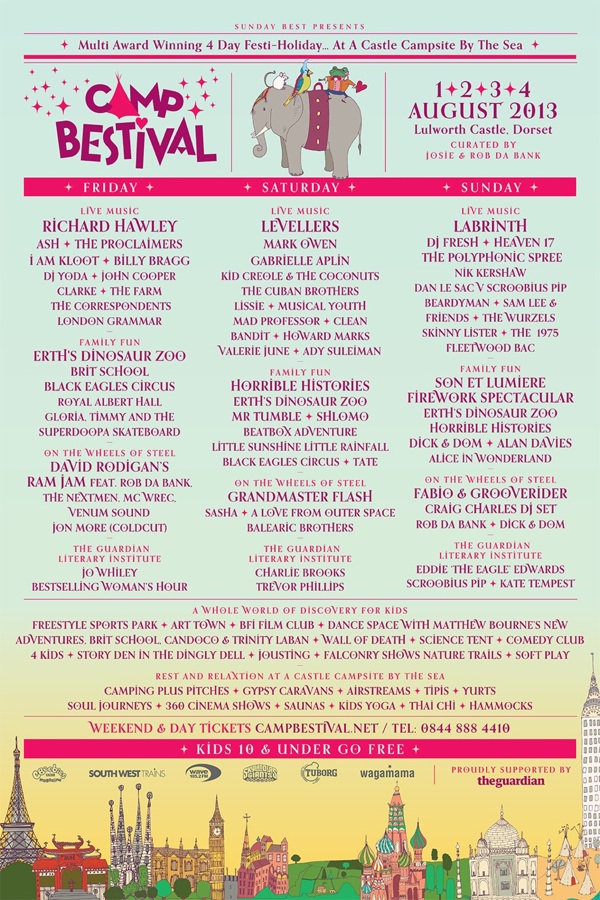