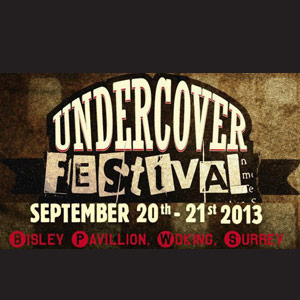 Festival organisers looking forward to welcoming DREADZONE to headline the Festival on the 20th Sept 2013.

In 2013 Dreadzone celebrate 20 years in the game with the release of their 7th studio album 'Escapades'.

Electro-dub pioneers Dreadzone formed in 1993 when ex-Big Audio Dynamite drummer Greg Roberts teamed up with Tim Bran, with the duo soon joined by bassist Leo Williams and keyboardist Dan Donovan, also formerly of Big Audio Dynamite, completing the group’s first line-up. A festival favourite, Dreadzone opened the Pyramid Stage at Glastonbury in 1994 and began to bring their unique blend of electro, dub and reggae to a wider audience, going on to chart seven Top 60 singles (including their Top 20 hit ‘Little Britain’) and are still going strong.

+ all at a bargain price; what more can you ask for?