Home > Festivals > OFF Festival Katowice 2013: The Walkmen to Curate the Experimental Stage 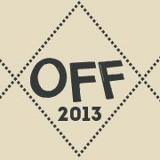 OFF Festival Katowice 2013: The Walkmen to Curate the Experimental Stage!

Fans of the OFF Festival have already known for a while that The Walkmen, one of the most outstanding and underrated indie rock bands in the US, will be performing at this year's edition of the festival. Now we’re thrilled to announce that the group will also be serving as curators of the Experimental Stage, which will feature such acts as Thee Oh Sees and a DJ set by Austra (who will also be playing a full performance elsewhere!).

Guests John Grant, Sam Amidon, Cass McCombs, Veronica Falls and How How chosen by The Walkmen, will perform for their day at the Experimental Stage.

Tickets:
Tickets are now available at the OFF Shop at the official festival website, as well as at Ticketpro.pl, ebilet.pl and Empik stores in Poland, and internationally at seetickets.com and festicket.com.

All four day passes  are sold out.