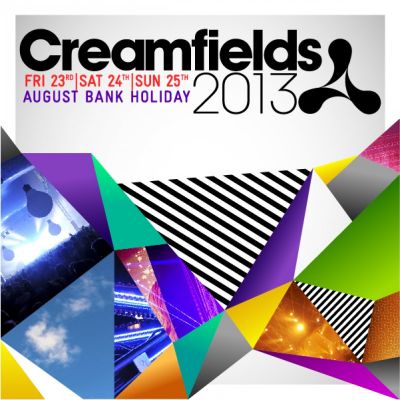 With less than 100 days to go until Creamfields, the festival has just added the Cream Friends Stage across Saturday and Sunday filled with the hottest rising talent from across the UK.

Saturday’s stage will be headlined by Andi Durrant.  Over the last few months Andi has quickly become one of the most in-demand remixers in Britain whilst also keeping fans up to date with the latest new music every Friday and Saturday via his Capital FM show. Andi will be joined by one of the most popular and in demand DJs in the North of England, Anton Powers and the Cream Ibiza residents James Dutton and Josh Demello plus George Kafetzis, Tim Owen, the Data Transmission DJs, Ed Mackie, Jack Eye Jones and Jigsaw.

Sunday’s line-up will be headed up by the extremely talented Nicola Bear.  As Ibiza Rocks’ resident DJ for the past four years Nicola knows how to get the crowd moving and has previously warmed up for Creamfields headliners The Prodigy as well as Annie Mac, Zane Lowe, and Fake Blood and has recently celebrated being added to Diplo’s Mad Decent label.  Nicola will be joined by Cream Ibiza resident Sean Hughes, Ministry of Sound’s Spacestation DJs, Ibiza Rocks resident Tom Grainger and local heroes Dave Whelan, Ian Longo, Denny Dowd, Liam Hincks and Billie Clements.

Having just announced that 2 day non-camping tickets have sold out, Creamfields is on way for its 5th consecutive sell-out and promises an unforgettable weekend hosted by some of the biggest and brightest stars in electronic dance music.