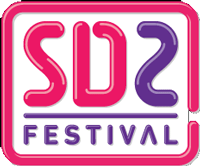 FacebookTweet
Brighton, get ready!  Here comes SD2, a brand new one day festival taking place by the seaside featuring the biggest names in pop music.  SD2 is a great day out for all ages taking place in the picturesque setting of Stanmer Park, one of the most beautiful locations along the south coast.  The first acts are confirmed today with many more to be announced over the forthcoming weeks for what is set to be the pop spectacle of 2013.
Headlining SD2 are The Wanted, one of the biggest and best boy bands in the world.  The Wanted have two huge albums, Battleground and The Wanted under their belts and a string of huge, hit singles such as All Time Low, Glad You Came,Heart Vacancy, Lose My Mind, Gold Forever and Lightning.  The band have over 4 million fans on Facebook and their ferociously infectious tunes, rock solid friendship and laddish charms have stamped all over the typical boy band mould and brought a blast of much needed fresh air to British pop music. The Wanted have a new album out soon.  Their set is guaranteed to be a euphoric affair and this is their only appearance in Sussex in 2013. 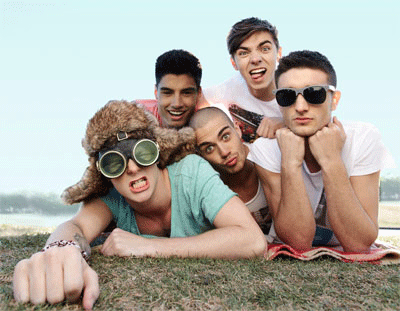 Since The Saturdays formed in 2007, the multi-platinum-selling band has become a household name in the UK.  They’ve scored 11 Top 10 singles including signature hits like All Fired Up and Higher and three Top 10 albums Chasing Lights,Wordshaker and Headlines. Renowned for their energetic live performances, The Saturdays have sold out arena tours across the country and have become unavoidable on screens across the nation, not least as part of their own fly-on-the-wall TV shows The Saturdays 24/7 and What Goes On Tour. Add to this a loyal following of over 1 million fans on Facebook, over 3 million combined followers on Twitter and over 67 million video views on YouTube, and it’s clear that The Saturdays have become the UK’s foremost girl group.  They will take the stage and Brighton by storm at SD2.
SD2 promoter Matt Priest comments “We're delighted to launch SD2 to Brighton & Sussex. We have assembled some of the best pop acts the UK has to offer; The Wanted are a global phenomenon and The Saturdays have established themselves as the country's biggest girl band."
Another huge pop act will be announced on Friday morning when tickets go on sale with more acts to be announced imminently.  Don’t miss out on the pop extravaganza of 2013.
A free bus back service back to Brighton or park and ride is available for SD2.
FacebookTweet