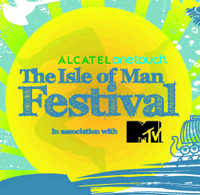 ALCATEL ONE TOUCH presents: The Isle of Man Festival in association with MTV, a brand new festival for 2013! An exciting line up of artists will travel North to invade the little Island floating in The North Sea, between Belfast and The Lake District, best known for it’s beautiful landscapes and the wild annual Motorbike TT Championships. Easy to get to and with the same Island holiday feel, the festival looks to be the new Isle of Wight Festival or Bestival for those living in The North, Ireland and The Midlands. Perfect for a weekend retreat The Isle Of Man has an exciting line-up of artists taking to the stage, including; Primal Scream, Paloma Faith, Johnny Marr and Wretch 32, with many more new and exciting acts supporting! Dance fans can also enjoy the largest ever dance arena on the Island and the cream of the UK’s club scene in the Ministry of Sound tent.

15,000 people are expected to attend this one-day festival on Saturday 6 July 2013 from midday til late. There are overnight camping and glamping facilities for the party people and plenty of on island accommodation options for the gentle folk!

The island’s first true music festival will take place in Noble’s Park in Douglas, set against a beautiful backdrop of the Irish Sea coastline and the world-famous Motorcycle TT Grandstand. It’s a great addition to the UK festival scene, sponsored by ALCATEL ONE TOUCH who have always been an advocate for new music talent in the UK and are pleased to support music on a bigger scale in association with iconic music and events brand MTV. ALCATEL ONE TOUCH will also host a ‘Chill and Charge’ tent featuring a digital graffiti wall and a unique and exciting program of entertainment. The festival is also supporting the Gandy’s Flip Flops ‘Orphans for Orphans’ campaign. Gandy’s will be creating a colourful  ‘Holi Festival’ paint extravaganza experience on site during the afternoon.

Festival-goers can choose from a range of tickets to suit all budgets with prices starting from just £55.

Tickets are on sale now at www.theisleofmanfestival.com

The UK and Ireland Battle of the Band winners

The Isle of Man Battle of the Band winners

And more acts to be announced.