Home > Festivals > Solange, Fucked Up and more added to Off Festival lineup

Dreamlike singers, hardcore emissions, electronic trances, psychedelic wipeouts, and… the one and only Zbigniew Wodecki. Everything is possible at OFF. Here's the next batch of artists that will perform at this year's festival – hold on tight!

Solange
It's no wonder that she's often compared to her older sister, some even call her – without a hint of malice ? the "Beyoncé of indie music", but you just need to open your eyes and ears to understand the Solange is a mature and independent artist. After two good LPs released by Interscope, she dazzled both critics and audiences with her EP called True, produced by Dev Hynes (who co-authored multiple songs with the likes of Florence and the Machine and The Chemical Brothers) and released under Terrible Records, a record label established by Grizzly Bear's Chris Taylor. It's pop music, with clear references to the sounds of the 80s, but with its own distinct personality and quality. Join us in dancing to the beat! 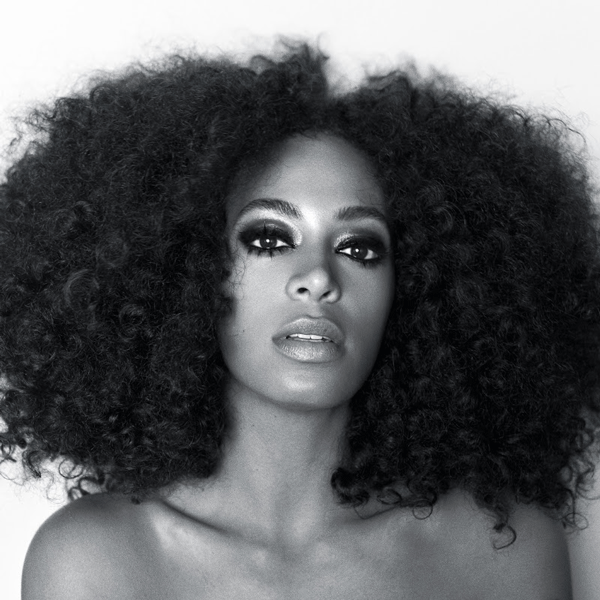 Zbigniew Wodecki with Mitch & Mitch Orchestra and Choir
At this year's OFF Festival, the one, the only, the legendary Zbigniew Wodecki himself will perform his iconic 1976 debut album – called Zbigniew Wodecki, of course. The titan of local venues scattered along the Vistula will be joined on stage by Mitch&Mitch, the most foreign band to ever form in Poland, whose members are hard at work making the music sound exactly as it did on the album, but better. For this special occasion an organist, a string quartet, and a two-person choir will be added to the Mitch&Mitch roster which already boasts nine members. That already tells you that they will be performing at the festival's biggest stage, as no other venue would accommodate that kind of ensemble.

Fucked Up
Whoever saw the band at the 2009 festival must surely remember the limitless energy, the bear-like posture, and the falling pants of Damien Abraham, the lead vocalist of the Canadian band Fucked Up. The hardcore fete of unfettered expression was one of the best shows of the 2009 festivals. This year's performance might even surpass the last one, as Fucked Up have been touring extensively for the past four years and will bring with them a host of new songs coming from their recent album, David Comes to Life. Don't come too close, unless you're willing to get down and dirty.

Julia Holter
Recording her material primarily in her bedroom and drawing inspiration from ancient Greek tragedies, this Nite Jewel collaborator has been compared by both fans and critics to Laurie Anderson, Joanna Newsom, and Kate Bush. Gigi, the third album of the LA-based artist, will be released probably before the festival and will feature a plethora of surprises.

Guardian Alien
Guardian Alien is headed by drummer Greg Fox, known for his exploits with Zs, Liturgy, and his collaboration with Dan Deacon, but this polyrhythmic mixture of psychedelia, African music, and extreme metal was probably cooked up with a little help from alien forces. The band sounds like turbocharged Hawkwind – well, we can't say that it sounds like Hawkwind on speed, now can we? Listen to See the World Given to a One Love Entity, the 40-minute-long album released by Thrill Jockey and containing just a single song and you'll quickly be convinced that Guardian Alien's performance just might be one of the festival's most amazing shows.

Buke And Gase
"Absolutely thrilling" – this Pitchfork claim is dead-on correct. The Brooklyn-based duo behind Buke and Gase serve an original mixture of folk sensitivity and avant-garde bravado. It's deliberate, but with more than just a touch of improvisation. Amazing, is what it is. They play unique, one-of-a-kind instruments, including a modified baritone ukulele, a gase, and foot-powered percussion instruments – and they sing beautifully, too. Get ready for their show by listening to their most recent offering, called General Dome.

John Talabot – Live
Media-shy producer and DJ from Barcelona – he's not keen on interviews and in most photographs, his face is hidden under a tinfoil mask. His debut album was released by the small German record label, Permanent Vacation. As it turned out, the material on fin was so good that the hippest clubs in London and New York tried to book his appearance, while The xx invited him to tour with them. His live performances seem to completely justify the hype surrounding the secretive musician.

Shackleton
One of the most original and intriguing figures of the British drum and bass scene, co-founder of the legendary, now-defunct Skull Disco label. Recorded the groundbreaking album Music of the Quiet Hour, which explored the no-man's land between minimal techno and dubstep. It's kind of hard to believe that dance music could be this dark? But we should expect nothing less from a musician who counts Can and Throbbing Gristle among his inspirations and who started his musical journey by playing in a punk band.

UL/KR
The most powerful and surprising debut since Niwei. The strangest mixture of uncomfortable, dark electronics and sing-song catchiness typical of the Land of Gentleness series. The LP released last year by the duo from Gorzów was widely – and deservedly ? considered to be one of the most important releases of 2012, while the band's most recent effort – Ament – is also garnering praise from critics and fans alike. We're happy to welcome UL/KR to OFF Festival: we're sure that they're going to feel right at home.

Hera
The band was founded by clarinetist and composer Waclaw Zampel, who is known for his collaborations with pre-eminent musical improvisers, including Ken Vandermark, Joe McPhee, and Miko?aj Trzaska. Although they're putting out records – like the incredible Where My Complete Beloved Is for example – live performances are their greatest strength. As the band itself stated, their "primary goal is to enter a sort of musical trance that would break down barriers between the stage and the audience and would enable spontaneous exchange."

Gowno
Please, don't be discouraged by the band's name (which translates into "Shit"). Gowno is not in the nicely smelling flower business, it's in the angry, insolent punk business. The band was founded in 2009 and has since released two official LPs – To nie jest kurwa Pink Floyd (This Ain't Fucking Pink Floyd) and Black Rodeo (2012).

Hokei
The band's roots can be traced to both Warsaw and Bydgoszcz. It comprises musicians from groups such as Ed Wood, Stara Rzeka, Alameda Trio, and Pictorial Candi. Hokei pays homage to kraut – and post-rock but it's also looking for its own place in the borderlands of guitar-percussion experiments. Their performance at OFF will coincide with the official release of their debut album, Zodiak.