Holroyd Events and "THE TEAM" present to you "The Undercover Festival” on 20th & 21st September 2013 at The Bisley Pavilion (and surrounding area), Brookwood Nr Woking.

Speaking at the launch Mick from “THE TEAM” said “If anyone who attended Guilfest in 2011 & 2012  liked The Vive Le Rock Stage @ GuilFest they will LOVE "The Undercover Festival”.

“Unfortunately GuilFest is no longer with us and we thought it would be a shame to let the unique atmosphere / buzz that was created in the Vive Le Rock Stage @ Guilfest in 2011 & 2012 go to waste”.

We created this festival to roll out and build on the unique atmosphere that was created in 2011 & 2012” on the Vive Le Rock stage; we have lined up a jam packed event at a bargain price of £45 for both days”. 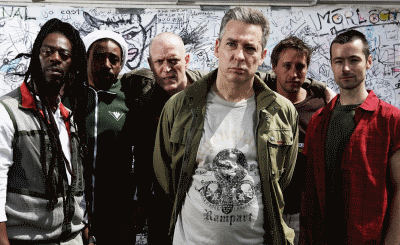 Dreadzone, The Cockney Rejects, The Skints, The Glitter Band, 999, Stone Foundation, Chelsea, TV Smith, avondale45 + many many more on the lineup.

All for a bargain price of £45 for the whole event.