Kicking off with new additions to Saturday’s bill, we can reveal that joining the lineup on 24th August will be SW4 favourite Mark Knight and more!  Mark Knight, his world renowned label Toolroom Records also celebrates a decade of existence this summer with the main focus of the imprints euphoric festivities to be experienced at South West Four. Toolroom last hosted an arena at SW4 back in 2010, when their stage proved one of the most popular of the weekend. This year it takes another bounding leap forwards as it promises to be a hotspot of the festival once again. A fine selection of esteemed artists, Toolroom Records 10th Anniversary at SW4 2013 hosts some of the greatest names in house music, side by side with the planet’s freshest talent. Let’s do this…

Mark Knight makes a welcome return to South West Four in 2013. This will be his fourth performance in the past five years in fact, with the Toolroom Records governor and Grammy nominated producer one of the first names on our 10th Anniversary hit list. In 2010 Mark hosted a Toolroom Knights arena at SW4, whilst in 2009 and 2012 he drew massive crowds to the main stage. In 2013 Mark returns to celebrate Toolroom Records’ 10th Anniversary with a showcase featuring some of the finest names in house music. As a DJ Mark constantly sets the pace and is recognised worldwide for his long standing residencies at cherished haunts such as Space Ibiza and Ministry of Sound. A key fixture at the festival in recent years we are delighted to welcome Mark and Toolroom back to South West Four. 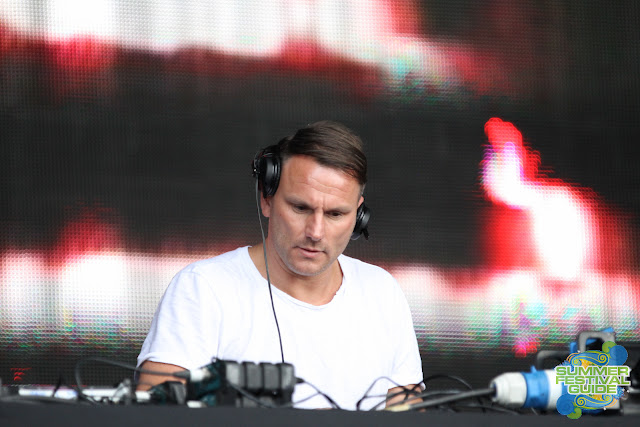 Always ranking high on any DJ list that matters, Solomun is one of the most in-demand DJs of recent times. Named 2012 ‘DJ of the year’ by Mixmag, the Hamburg based producer has been making huge waves with his unique and modern blend of house and techno. The Diynamic imprint which he founded has allowed Solomun to spread his name yet further, which is set to be elevated to a whole new level this summer via his ‘Solomun +1’ residency at Pacha Ibiza. Making his SW4 debut this year, Solomun is simply a must see.

Dennis Ferrer is house music’s most innovative producer. It’s safe to say that the New York icon and founder of Objektivity Records has seen a number of musical trends come and go, some even in full circles, yet he has managed to stay close to his roots for the whole period. Aside from finding commercial success through his genre-defining track ‘Hey Hey’, the Grammy nominated DJ and producer manages to find time to nurture a host of underground talent through his own Objektivity imprint. Having headlined Defected’s sell out show last New Years Eve at Electric Brixton, Dennis returns to the Big Smoke to make his long awaited SW4 bow. See you at the front.

German producer Fritz Kalkbrenner grew up on a strict diet of hip-hop and soul and subsequently missed the techno craze that swept the nation after the fall of the Berlin wall.  It wasn’t until the mid 90’s that he was fully introduced to techno by his brother Paul and is now finding success as a pioneer of the Tech- Soul sound he is famed for producing. Fritz released his debut album ‘Here Today Gone Tomorrow’ in 2010, a silky sophisticated techno album with plenty of soul elements and has since blossomed out of the shadow of his older sibling. Late 2012 saw the release of his sophomore effort ‘Sick Travellin’, which has taken him down a more house driven avenue. This will be another SW4 debut that is guaranteed to take the Common by storm.

Hailing from Chicago, a city that has a rich history as the birthplace of house music, Cajmere followed in his father’s footsteps by DJing and producing his own tracks. He soon found himself leaving his Chemical Engineering degree behind and focusing solely on music and instantly found fame through the now classic ‘Coffee Pot’. 2012 was the 20th anniversary of his Cajual Records label and through the label off-shoot ‘Relief’ he also released music from his flamboyant and often darker infused alter ego Green Velvet. With this performance being Curtis Jones’ first ever on our hallowed turf as Cajmere, we can’t wait to hear the chants of “It’s time for the percolator!”

Hailing from deepest, darkest Cologne, Roman Boer has been making deep and tech house for the best part of fifteen years. Better known by his stage name Tocadisco, the German maestro has remixed over one hundred artists including Laidback Luke, Steve Aoki, Moby and Tiga to name a few. You would have unquestionably heard Tocadisco’s music featured on TV ads, whilst his radio show is broadcast to over fifty countries. His own imprint TOCA45, showcases the freshest sounding club tracks available today and with this appearance being his only London festival show this year, make sure you get to his tent with plenty of time to spare.

Finally joining us as very special guest in the Toolroom Records stage is Marco Niemerski, widely celebrated as Tensnake. Hailing from Hamburg and raised on a diet of 80‘s boogie and disco, Tensnake is a name that has been permanently etched on our minds after the gargantuan success of ‘Coma Cat’. The infectious melody and honey-like loveliness of this joyful single helped shape our summer of 2010. Never one to bask in the glory of a single triumph, Tensnake went on to release the equally catchy ‘Something About You’ and more recently ‘Mainline’, which managed to bring light to the darkest of dance floors. With an album finished and scheduled for release later this year, we welcome Tensnake’s to the terrain of Clapham Common for the first time, as he brings the sunshine to South West Four.