FacebookTweet
Some of the hottest pop sensations of the year are set to bring a touch of sparkle toT in the Park’s 20th year celebrations this summer. Festival organisers DF Concerts and founding partner Tennent’s Lager have today added yet more chart-topping stars to the hugely diverse T in the Park bill, with Ke$ha, Little Mix, Lawson, Gabrielle Aplin, James Arthur, Diana Vickers, Lucy Spraggan, Bo Bruce andJosh Record heading to Kinross over 12th – 14th July.
Ke$ha burst onto the scene when her debut single Tik Tok topped the US charts for 9 consecutive weeks, selling over 5 million copies.  Her latest album Warrior features guest vocals from Iggy Pop, as well as contributions from an impressive array of artists including Nate Ruess from American indie rock trio Fun., American rapperwill.i.am, The Black Keys drummer Patrick Carney, The Strokes and The Flaming Lips. She thrilled the Kinross crowd with a stand-out set when she played T in the Park in 2011, and makes a welcome return this July. 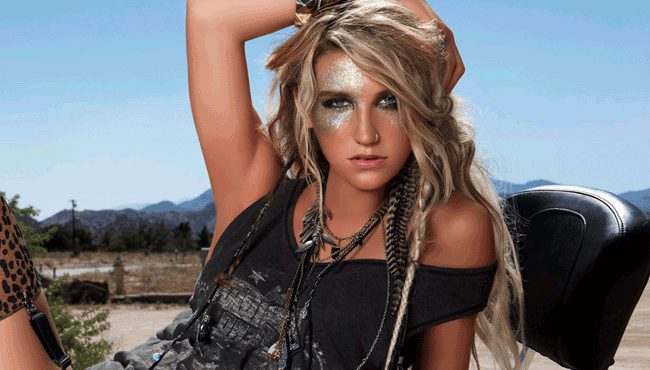 Little Mix became first ever band to win The X Factor in 2011, and quickly shot straight to No.1 with their debut single Cannonball, before hitting the top spot again with its follow-up Wings. Their debut album achieved platinum status and they sold out venues across the country with their first UK tour. They’ve worked with everyone from Xenomania to Nicola Roberts to Fred Ball on their debut album DNA, and after catching the attention of hip-hop legend Missy Elliott, they recorded a new version of How Ya Doin’ featuring the iconic rapper. The track is their fifth single, and has just been released early due to phenomenal demand from fans.
London-based four-piece Lawson captured the attention of industry and fans alike after posting material on YouTube. With 3 top ten singles and a no.4 album, they’ve cemented their reputation as one of the country’s hottest new bands. They return to T in the Park for the 20th year celebrations, after they made a big impression at last year’s festival.
Another internet sensation, Gabrielle Aplin began her flourishing music career publishing cover songs on YouTube. Flash forward a few years and she has two Top 10 hits (including the number 1 single Power of Love), 3 sellout UK and Ireland tours and a John Lewis Christmas advert soundtrack under her belt. With the release of her debut album in the imminent future, Gabrielle is sure to delight the Kinross crowd with her exceptional talent.
In less than a year, James Arthur has gone from living in a cramped bedsit in Saltburn-by-the-Sea near Middlesbrough to winning The X Factor and scoring the fastest selling single of 2012 with Impossible. The huge no. 1 hit has sold over a million copies and earned him a nomination for Best British Single at the BRIT Awards. His extraordinary performances on The X Factor cemented his status as a hugely promising and supremely talented musician, and with his eagerly anticipated debut album set for release later this year, his T in the Park set is not to be missed.
Diana Vickers has had an incredible journey since her stint on the X Factor in 2008. She went on to land a deal with RCA Records in 2009, releasing her debut albumSongs From the Tainted Cherry Tree and reaching number one with debut singleOnce. Her second album Music To Make Boys Cry is due for release later this year, and she’ll make a return to Kinross for T in the Park’s 20th year event.
Lucy Spraggan’s infectious tunes and witty lyrics won her a massive fanbase when she appeared on The X Factor last year. She mesmerized the studio audience as well as millions of viewers across the country with her sassy songwriting and skilful guitar playing, and is set to wow the T in the Park crowd this July.
After coming second on The Voice, Bo Bruce is back and ready to release her debut album later this month. Before I Sleep is a stunning set of emotion-soaked songs – from dreamy debut single Save Me, to the gorgeous, drama-packed exploration of fears that is The Hands I Hold, it’s sure to win a whole new legion of fans.
London’s Josh Record is one of the country’s most exciting new songwriting talents. His frank, perceptive lyrics and gorgeous melodies, showcased beautifully on his latest EP Bones, have already caught the attention of the likes of Zane Lowe, Annie Mac and Steve Lamacq, and his T in the Park debut is not to be missed.
Over 85,000 festival-goers per day will descend on Kinross over 12th – 14th July for the 20th year of T in the Park, which will feature performances by some of the hottest acts on the planet, including headliners Mumford & Sons, Rihanna and The Killers, plus The Script, Calvin Harris, David Guetta, Emeli Sandé, Snoop Dogg, Dizzee Rascal, Rita Ora, Jake Bugg, Paloma Faith, Labrinth, Noah and the Whale plus many more still to be announced.
FacebookTweet