AEG Live and The Royal Parks today announced that rock icons The Rolling Stones are returning to London’s Hyde Park this summer for a sensational outdoor concert on Saturday 6 July as part of Barclaycard presents British Summer Time Hyde Park.

The concert takes place almost 44 years to the day since the Stones first played Hyde Park, and will see Mick Jagger, Keith Richards, Charlie Watts and Ronnie Wood return to where they truly belong, back on the live stage, following the huge success of their ’50 and Counting’ shows last year. A North American tour has also been announced today, for more information go to www.rollingstones.com. 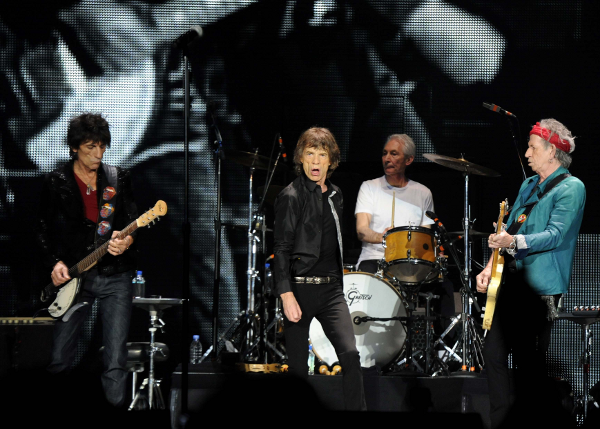 Tickets for The Rolling Stones in Hyde Park go on general sale 9am Friday 5 April from www.bst-hydepark.com.   Barclaycard Unwind customers will be able to purchase tickets from 3pm Wednesday 3 April from www.barclaycardunwind.com.

Support comes from The Vaccines, The Temper Trap, Gary Clark Jr and King Charles, plus Palma Violets, Tribes, The Boxer Rebellion and more across three other stages.

The Rolling Stones were recently crowned ‘Best Live Band’ at the NME Awards, where they also won the Best Music Film award for ‘Crossfire Hurricane’, and have been celebrating five decades of rock ‘n’ roll over the past 12 months with the release of a greatest hits collection GRRR!, a groundbreaking documentary film ‘Crossfire Hurricane’, a photographic book ‘Rolling Stones: 50’, and five spectacular concerts in London and New York, marking their first live shows in as many years.

Their Hyde Park concert on 5 July 1969 is widely acknowledged as one of the most significant moments in modern music history. As well as seeing the live debut of guitarist Mick Taylor, the concert became a tribute to founder member Brian Jones, who had tragically passed away two days prior.

Mick Jagger commented, “We had such a great time playing the five concerts last year, we want to keep it going! Hyde Park holds such great memories for us and we can’t think of anywhere better to perform to our UK fans this summer.”

Keith Richards added, “We all had such a ball last year, and the energy between the band is so good, we can’t wait to get back on that stage where the Stones belong.”

Barclaycard presents British Summer Time Hyde Park is a totally unique and world class event for London, giving music fans throughout the capital the chance to see many of their favourite headlining and supporting music artists play over back to back weekends in ticketed events.

Each live music-packed weekend will be linked by a midweek programme of diverse entertainment, accessible for all to enjoy. From Monday to Thursday, the entire Barclaycard presents British Summer Time Hyde Park site, save for the main stage, will give visitors the chance to get involved with smaller, more intimate events offering film, music, literature, sport and a specific family day that will expand the Barclaycard British Summer Time Hyde Park experience to genuinely appeal to the whole family.

Rob Hallett of AEG Live says, “This will be the biggest gig of the summer in London.  The Rolling Stones are a true British institution and the true spirit of rock n roll. Their return to Hyde Park is a landmark event.”

Linda Lennon CBE, Chief Executive, The Royal Parks, said: “We can’t wait to welcome The Rolling Stones back to Hyde Park. The Barclaycard presents British Summer Time is a new era for music events in Hyde Park so what better way to celebrate that then to have the original headliners return to where it all started.”