Home > Festivals > Godspeed You! Black Emperor and more added to Off Festival

Godspeed You! Black Emperor
Godspeed You! Black Emperor is one of the most important guitar-based groups of the past two decades, and yet we know so little about them. Founded in 1994, this nonet (yes, there are nine musicians in the band) surfaces and disappears as they please without a word of explanation. Even in the world of alternative music, this Montreal act really sticks to the sidelines. After a prolonged hiatus, they returned two years ago to curate All Tomorrow's Parties and surprised everyone in 2012 with a new and excellent album, Allelujah! Don't Bend! Ascend!. This post rock collective's live shows are an amazing experience: the anti-rock stars stick to the shadows while suggestive visuals flicker above them in perfect harmony with the mystical sounds. One thing we can promise is that this Canadian band's set will be a life-changing event.

Skalpel
Igor Pud?o and Marcin Cichy, a producer and DJ duo from Wroc?aw, publish their records through the legendary Ninja Tune label, proving that being a Polish artist doesn't mean you can't be international, and that you can make modern electronic music out of stylish, old-school Polish jazz. They both manage quite well on their own, but we're glad to see them back together and playing at the OFF Festival. Apparently the feeling is mutual, and they're said to be preparing an exceptional audiovisual performance. "We and our fans all have very fond memories of our first OFF Festival show in Mys?owice, and we're glad that our comeback as a duo is going to happen at this festival. The concert's going to be a review of our work. We'll be playing material off of both albums, some of the music from Sacrum Profanum, as well as some new compositions," the artists wrote in a press release. 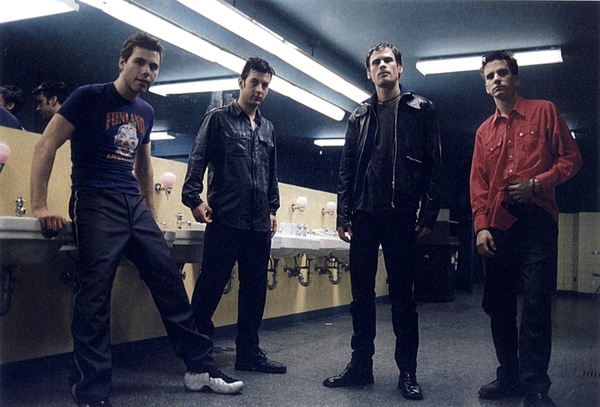 Girls Against Boys
Veterans of the US noise rock scene with roots in the DC hardcore world (they even shared a drummer with Fugazi at one point), Girls Against Boys are now based in New York. There's less of that hardcore drive in their music and more space and power, all generated by two blaring bass guitars. They haven't recorded an album in quite a while ? You Can't Fight What You Can't See came out over a decade ago ? and they don't play live much either, so that's all the more reason to take advantage of this chance to see a legend in action.

Goat
Goat are a group of masked Swedes from a village north of the Arctic Circle, authors of the record World Music, which came out of nowhere to make an unexpected appearance on many of 2012's year-end best album lists. The LP feature a seeming chaotic ? but ultimately original and well though out ? combination of kraut rock, afrobeat, and electronically-infused psychedelics taken right out of the golden age of rave. One journalist from the British site The Quietus, on the other hand, simply describes Goat as "Voodoo magic. Fucking voodoo magic." And he might be right: don't get anywhere near their OFF Festival performance without an exorcist.

Mykki Blanco
Her real name is Michael David Quattlebaum Jr.; Mykki Blanco is his female alter-ego and stage name. Mykki Blanco is a leading representative of New York's queer-rap scene, a phenomenon that is as new as it is extraordinary in the macho world of hip-hop. But gender issues are one thing, and music is another: this American is truly excellent. Her mixtape Cosmic Angel: Illuminati Prince/ss is the perfect soundtrack to a crazy night out on the town and has garnered rave reviews from critics who see in her the next A$AP Rocky and Das Racist.

The Haxan Cloak
Graveyard dirges and church choirs, just the thing for fans of horror flicks: The Haxan Cloak is Britain's hope for dark ambient and thereabouts. 26 year old Londoner Bobby Krlic has a few self-released EPs to his name, along with a debut album for Aurora Borealis and last year's single-track album titled ?The Men Parted the Sea to Devour the Water. A true feast for any masochist who's into Shackleton, Lustmord, or Demdike Stare. Line Up so far AlunaGeorge, Bisz/B.O.K Band, Blondes, Deerhunter, Girls Against Boys, Goat, Godspeed You! Black Emperor, Jens Lekman, Laurel Halo, Merchandise, Metz, Mykki Blanco My Bloody Valentine, Skalpel, Super Girl & Romantic Boys, The Haxan Cloak, The Pop Group, The Walkmen, Thee Oh Sees, Tres B with many more to be announced?